Palladium as an Investment: Should You Consider It?

by Allen Brown
in You May Also Like
Reading Time: 5 mins read
29 1 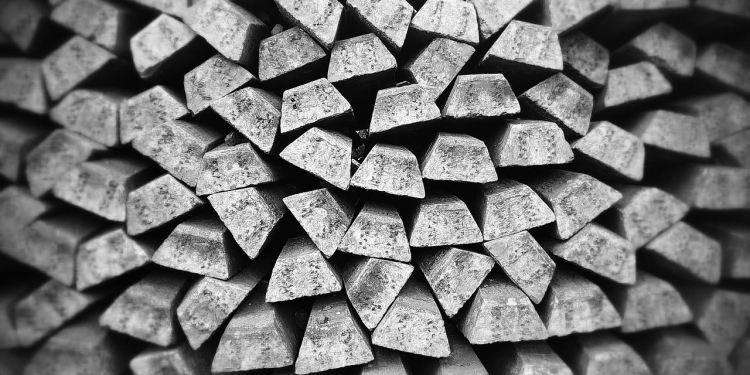 There are many different types of investments that you can make, and each one has its own benefits and risks. If you’re looking for a new investment to add to your portfolio, Palladium may be a good option for you. In this article, we will discuss what Palladium is, why it may be a good investment choice and the risks associated with it. By the end of this article, you should have a better understanding of whether or not Palladium is the right investment for you! So, if you are interested in learning more about Palladium as an investment, then read on!

Palladium is a chemical element with the symbol Pd and atomic number 46. It is a rare and lustrous silvery-white metal found in the Earth’s crust. Palladium is also a member of the platinum group of elements, which includes platinum, rhodium, ruthenium, iridium, and osmium. Palladium is mostly used in catalytic converters, dental alloys, electrical contacts, and anticorrosion applications.

Why Invest in Palladium?

There are many reasons why you may want to invest in Palladium. For one, Palladium is a rare metal, which means that it is not as easily found or mined as other metals such as gold or silver. This rarity can make Palladium a valuable metal, which can lead to profits for investors. Additionally, Palladium is used in a variety of industries and applications, which means that there is always a demand for it. This steady demand can help to stabilize the price of Palladium, making it a relatively safe investment.

What Are the Risks Associated with Investing in Palladium?

Like any investment, there are always risks involved. If you are thinking about investing in palladium, you need to bear in mind that the price of Palladium is affected by many factors, such as the overall demand for the metal, the supply of the metal, and geopolitical events. Additionally, Palladium is a volatile metal, which means that its price can fluctuate rapidly. This volatility can make it difficult to predict the future price of Palladium and can lead to losses for investors.

Palladium is a relatively new investment, and as such, its price history is not as long or as well-documented as other metals such as gold or silver. However, Palladium prices have shown significant growth in recent years. In 2010, the price of Palladium was around $400 per ounce. By 2017, the price of Palladium had grown to over $1000 per ounce. This growth represents a significant opportunity for investors and has made Palladium one of the best-performing assets of the past decade.

How Are Palladium And Platinum Similar?

Palladium and gold are both precious metals that are often used as investments. They both have a long history of being used as currency, and they are both considered to be safe haven assets. However, there are also some significant differences between Palladium and gold. For one, palladium is much rarer than gold. It is also more industrial, meaning that it is used in a variety of industries, including the auto industry. Palladium is also much more volatile than gold, meaning that its price can fluctuate significantly.

Silver and palladium are both precious metals with a wide range of applications. Both of them are employed in jewelry, coins, and other ornamental items. However, palladium and silver also have some notable distinctions. The first is that silver is much more common than palladium. The second distinction is that silver has a more balanced distribution of industrial and decorative uses than palladium, which is primarily used in industrial applications.

Should You Invest in Palladium?

Now that you know more about Palladium as an investment, you can make an informed decision about whether or not it is right for you. Palladium can be a profitable investment, but it is also a volatile one. If you are comfortable with the risks involved, then investing in Palladium may be a good choice for you. However, if you are risk-averse, then you may want to consider other options.

3 Ways To Invest In Palladium

Now that you know more about Palladium and its potential as an investment, you may be wondering how you can get started. Here are three ways to invest in Palladium:

-Palladium mining stocks: Companies that mine for Palladium offer investors the opportunity to profit from the metal’s price movements without having to own the metal itself. This can be a more volatile option, as the stock prices of mining companies can be affected by a variety of factors, such as operational issues and political instability.

-Palladium ETFs: Exchange-traded funds that track Palladium prices can provide investors with a more passive way to invest in the metal. These funds are typically lower-risk than mining stocks, but they can still be volatile.

-Palladium futures: Futures contracts allow investors to speculate on the future price of Palladium. However, these contracts can be risky, and they are not suitable for all investors. Also, keep in mind that you will need to post margin when trading futures contracts. This way you can lose more money than you have invested.

Palladium is a very volatile metal and its price can go up and down a lot. So, if you are thinking about investing in palladium, you should do your research first and invest only what you can afford to lose. Also, keep in mind that palladium is not as liquid as other investments, so you may have a hard time selling it if you need to. But if you’re willing to take on some risk, palladium could be a good investment for you.

The Noteworthy Things to Know About Cryptocurrency