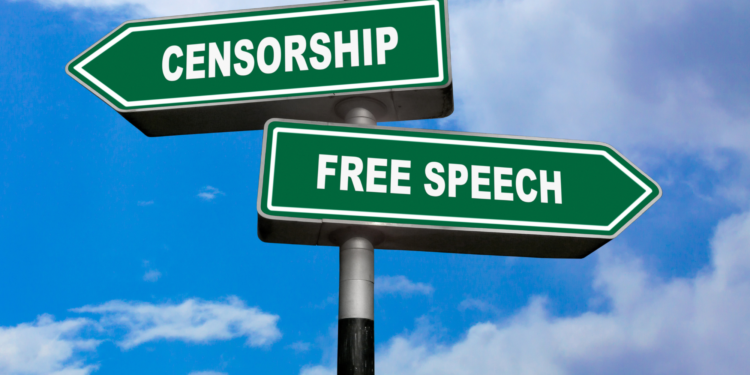 Like most people I’ve been watching Elon Musk play at being the king moderator of Twitter whilst vowing to protect “free speech”.

I feel like Mr. Musk had not considered the difference between free speech and hate speech – until he became the alleged victim of it himself.

In a nutshell, a university student from Florida, Jack Sweeny, set up Twitter accounts that tracked and tweeted live public information about the private jet departure and arrival locations and times of wealthy businessmen and politicians – including Elon Musk (@elonjet). With or without this account, flight information is available to the public.

Apparently, as a result of this real-time tracking, Musk told the media that a stalker recently followed the car carrying one of his children and jumped on the hood of the car. (The actual story is still unfolding).

Musk then instituted new “anti-doxxing” policies at Twitter and closed down Sweeny’s @elonjet tracking account and his personal account. Then, seemingly without reason, he went on to suspend accounts of mainstream reporters working for The New York Times, Washington Post, CNN and others. He later accused these journalists of reporting on his whereabouts which he characterized as “basically assassination co-ordinates.”

Reading all of this crystallized the whole debate about free speech for me.

With his enormous wealth, Musk can easily afford bulletproof cars and a small army to protect himself and his family. And still, he claims to be afraid of what could happen to them if their real-time whereabouts are made public.

If Musk cannot guarantee his family’s safety as a result of doxxing what can ordinary people do? Most of the time, nothing.

The consequences of hate speech and revealing the Musk plane’s coordinates on social media account boil down to the same thing – they put people in danger by setting them up as targets.

Freedom of speech / freedom of expression:

According to Cornell Law in the US “freedom of speech is the right to speak, write, and share ideas and opinions without facing punishment from the government. The First Amendment protects this right by prohibiting Congress from making laws that would curtail freedom of speech.”

But there are limits. Speech that includes obscenity and indecency (eg. child pornography), defamation, incitement to commit crimes and fighting words (incitement to commit violence against someone) are not protected under the First Amendment. There are similar restrictions in Canada.

When hate speech is disseminated publicly, especially in media or on social media platforms and especially by or about well-known figures it empowers devotees to amplify the message and sometimes hurt others. It endorses more of the same hate behaviour.

Declaring that you indiscriminately protect all speech believing that it is all equal is mental laziness in my opinion. As king moderator in Twitterland, it is dangerous to disregard the differences between speech which is a free exchange of ideas and hate speech which targets someone with the intent to harm them. If you stand up for someone’s right to attack others via “free speech” you are robbing the victims of a lot more than their ability to express themselves freely. You are robbing them of privacy, peace of mind and sometimes their safety.

This brings me to Musk’s pronouns: Prosecute/Fauci. On what grounds? What does he think he’s doing if not maliciously targeting Fauci? Musk has 122.6 million followers and some of them are dangerous. Has it not occurred to him that he is putting Fauci and his family in danger because of his statement? Has it never crossed his mind that in a twisted mind prosecute is equivalent to execute? And what about the millions of doctors, scientists and healthcare workers who follow the guidelines of mainstream healthcare through the Covid pandemic? If Musk thinks Fauci should be prosecuted does that mean they should all be prosecuted? Should they have targets on their backs?

Twitter is a private company. It can construct its own moderation rules. With over 368 Million users worldwide the platform accommodates a huge cross-section of humanity millions of which hate other millions of users. Among the haters, there is still a very considerable number of sick, twisted, violent people on site daily – just looking for targets.

With this in mind, Musk does not operate with much introspection. Maybe he’s ok with the world’s wars, with the world’s inequalities, with the world’s meanness and misogyny. If not, on Twitter he has the chance to impose decency through common sense moderation policies – based very simply on how he wants himself and his family to be treated.

How Can A Personal Injury Lawyer Help Build My Car Accident Case?