by Editorial Board
in News and Announcements
Reading Time: 3 mins read
39 0 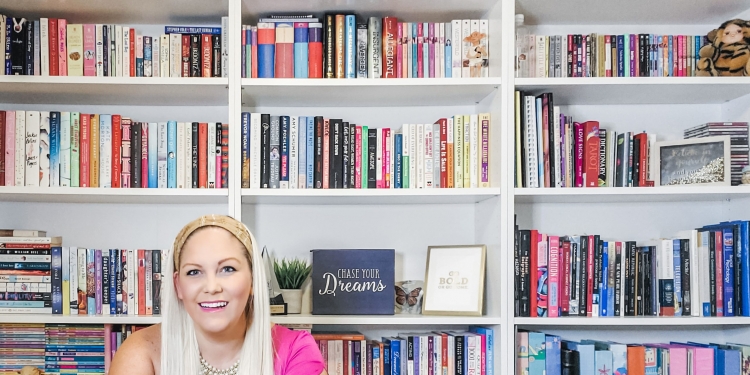 A local startup founder has been named a 2023 Business Elite 40 Under 40 award winner. Shannon Ferguson, Co-Founder & CEO of FanSaves, was announced as a recipient of the prestigious award this week with the official awards ceremony taking place in April at the Ritz-Carlton in Toronto.

Business Elite’s “40 Under 40” Awards identifies outstanding young Executives and Entrepreneurs around the world and Ferguson is one of 40 professionals under 40 years of age selected from across North America. It is one of the world’s most popular and prestigious awards for young business leaders.

Ferguson grew up in Cornwall but left the region to attend university and begin her career in marketing, which led her to cities including Montreal, Calgary and Toronto. She returned to the area in 2015 and two years later FanSaves was born.

Alongside her co-founder and life partner, Kris McCarthy, the duo has grown their team to eight people and are working with nearly 70 sports teams and organizations across North America helping almost 1,000 brands and businesses improve their sponsorship spend. Their partnerships include teams from 19 different leagues and four major league teams including the Ottawa Senators in the NHL.

“I always say it’s not about winning awards or the recognition The grind is hard, the hours are long and most days do not make the highlight reel. But being recognized as a strong leader in not only Canada but across North America makes the tough days and hard work worth it” explained Ferguson.

Headquartered in South Glengarry with a satellite office in Ottawa and remote workers across Canada, Ferguson and FanSaves continue to be recognized for their hard work, resilience and growth. In 2021, FanSaves won the Best Ottawa Business (BOB) Award for Best Leaders for Diversity, Equity and Inclusion while 2022 saw Ferguson take home an Ottawa Forty Under 40 Award as well as Ottawa’s WBN Businesswoman of the Year award for Emerging Entrepreneur. FanSaves is also a nominee for Entrepreneur of the Year for the upcoming Cornwall Chamber of Commerce Business Excellence Awards.

With last year being a breakthrough year for FanSaves, 2023 is already shaping up to be an even bigger one for the books. A public announcement will be coming this February sharing information about a big opportunity the company has secured which will ensure growth on a whole new level.

“It’s such an exciting time,” said Ferguson. “We’ve really laid a strong foundation over the past five years and to watch this type of growth continue to happen is really fulfilling”.

FanSaves is a digital couponing platform that offers fans discounts and deals from sponsors and partners of their favourite teams and organizations. The solution helps connect fans to sponsors while tracking important analytics and ROI for brands and organizations. Fans of Cornwall can sign up for free and follow Explore Cornwall to receive deals from local businesses.

Foods That You Need to Try When in Hawaii