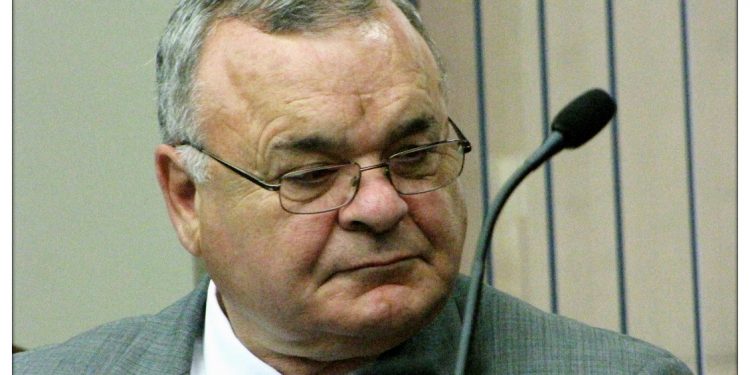 André Rivette was born and raised in Cornwall Ontario to a family of thirteen. He is married, a father of two, and he is also a grandfather. He worked as a Landscaping supervisor at the Parks Department before being elected as a Councillor for the City of Cornwall. Rivette serves on five different Committees: The Cornwall Community Police Services Board, the Eastern Ontario Health Unit, the Lay Appointments Committee, the Service Management Joint Liaison Committee, and the Transit Committee.

André Rivette answers five questions for the Seeker. This interview was conducted by Jason Setnyk.

1. During your years as a municipal councillor, what has been the biggest success story for the City of Cornwall?

In my years of being Councillor, the biggest success story for Cornwall was the sale of Cornwall Electric that allowed us to become debt free and allowed us to invest 25 million dollars in a reserve account. The interest from this reserve allowed the city to take advantage of government infrastructure funding programs, because we had our share of the 2 for 1 dollars needed to take advantage of the provincial / federal / city cost sharing program allowing us to replace our aging infrastructure and only pay 1/3 of the cost. Some of the new infrastructure built under these programs are, The Benson Center, the Aquatic Center, the new Secondary Treatment Plant and a number of major roadwork projects along with other major water work projects.

As the proponent of the initial plan to address the long term care crisis that we will see happen in the next three to five years, I believe the best way to address this situation is that the Minister of Health respond to a request by the Health Board and supported by all municipalities in SDG, along with, the concerned residents of our community. The Provincial Minister of Health (Deb Matthews) must direct someone from her office to come to Cornwall and help set up a local task force that would review the need for long term care and look at the General Hospital to see if this site could accommodate these needs.

3. Organizations like the Cornwall Action Group have been pushing for lower taxes. One of the things that has been driving taxes up are the salaries for emergency services. Are police salaries handcuffing Council at budget time? Would it be more cost effective to have OPP services or is it important that Cornwall have and maintain its own Police department?

Good Question. The only way all communities are going to get a handle on out of control emergency services cost is that it is imperative that the Provincial Government address the large settlement these services are being awarded by the Provincial Arbitrators without taking into account whether the municipality can afford to pay these large settlements. This is not only a Cornwall concern, it is every Ontario municipalities concern. I can tell you that the Provincial Government has bargained with the OPP and they have been told that by 2014, the OPP will be the best paid police officers in Ontario. Having been to Police conferences over the last few years, I can tell you that the Municipalities that have purchased the OPP services are very much concerned like all other municipalities throughout Ontario.

4. There has been growing public concern about transparency at City Hall and conduct during closed door meetings. Issues concerning human resources and costly settlements, and recent open letters from a lawyer and from a former City Councillor have also come to light. I would like to gauge your opinions on all this. Are you concerned with how City Council has been conducting its business? Should these matters of concern be raised with the Minister of Municipal Affairs, and should an independent investigator review the complaints against Council such as whether there is a conflict of interest or not?

This again is a very serious concern that I have brought forward on many occasions. I said it before and I will say it again, the people of this community must get involved with any concerns they may have in regards to how the dollars are being spent. It is their dollars being spent! The City has lost a very experienced Councillor in Leslie O’Shaughnessy because of such things as the lack of transparency. Do I believe that someone should be concerned about how things were done over the last couple of years? Yes! Do I believe that the Ministry of Municipal Affairs dropped the ball on not addressing the complaints from councillors in the past two years? Yes! As for the conflict of interest or not… that can only be decided by the person concerned.

Your right Jason, the Rivette family is very proud of their musical talents. One person asked me about a year ago how: “How did your large family learn to play various instruments?” My answer was: “Well, my Dad would put the guitar and violin in the corner of the room and encourage us to learn at our own pace”. I can tell you, there was always music in our home that will always give us fond memories of our past.

What I find so amazing is our children from the oldest of my brothers and sisters to the youngest, have inherited the talents of music with no formal training except for Tracey who has two degrees from McGill University. She has a Bachelor of Music and a Bachelor of Music and Education and has been teaching in the music program at Sherbrooke Elementary School in Sherbrooke, Quebec for the past twelve years.

Your comments regarding Rodney, who we are very proud of, and his involvement in his many Community fund-raisers, also plays an active role in promoting arts and culture in our City. Rodney always amazes me with his musical talents, promoter skills, along with, always wanting to help someone in need. I think it must be in the genes as his daughter Alex has the same traits as her “Papa”.

With his leadership skill, I’m sure he will make a great candidate for City Council in 2014.

As you can see, our family background in music, played a major role in the belief of the benefits of having a good Art and Culture program in our community. Your right, it goes hand in hand with Economic Development. Employers look for these programs when they visit a community. They want to make sure their employees have good leisure time and a good quality of life in the community when they are looking to move or start their new business.

As you are well aware, Federal, Provincial and Municipal monies are tight right now, therefore, I think Council has taken the right step to get a community Arts and Culture committee in place.

In closing, I want to commend you on your very active support in setting up all those great fund-raisers to help people and organizations in need. Rodney speaks very highly of your efforts in working to help make Cornwall a better place. Kudos for all your had work!

Thank you Andre Rivette for your time and the kind words. The Seeker would like to wish you all the best!