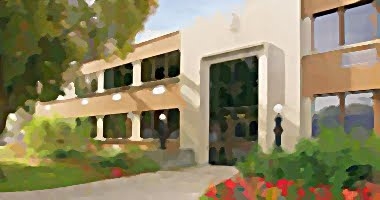 Cornwall Ontario — Cornwall City Council has approved a $155-million operating and capital budget for 2013 which maintains important City programs and services and supports investments in critical infrastructure such as roads and sidewalks.

The budget – which was approved during a special Council meeting on Wednesday, April 3rd – carries a tax levy increase of 2.88 per cent. For the average residential taxpayer, the increase will translate into less than 75 cents per week (or an additional $39 on the annual tax bill).

“Our residents are getting good value for their tax dollars with this budget,” said Mayor Bob Kilger. “It recognizes the need to support important services and infrastructure in our commmunity while also being mindful of our residents’ ability to pay.”

The 2013 operating budget totals roughly $147.8 million and will serve to maintain existing programs and services offered by the City.

As for Capital investments, the 2013 City budget calls for total spending of approximately $7.2 million, an increase of nearly $580,000 over last year. Of the $7.2 million, only $1.44 million is to be funded from the property tax base, with another $4.2 million being covered by the City’s Federal Gas Tax allotment, $182,500 from Provincial funding, $1.26 million from Reserves and $90,800 from the United Counties of S, D & G for capital projects at Glen Stor Dun Lodge.

Some of the key Capital projects earmarked for 2013 include:

In the lead-up to Council’s approval of the 2013 budget, the City’s Budget Steering Committee held a series of meetings to review requests by various City departments and outside agencies in greater detail. Prior to that, Financial Services Manager Maureen Adams and other members of the Financial Services Department met with all of the Division Managers and Senior Managers with the City to review their respective budget submissions.

“Mrs. Adams and her team did a great job of assembling this budget for Council’s review and approval,” said Councillor Denis Carr, the Chair of the Budget Steering Committee. “Council has reviewed the budget in detail, and we will continue to monitor the budget through quarterly financial reports from Administration.”

Additional information on the 2013 City budget can be found on the City website.