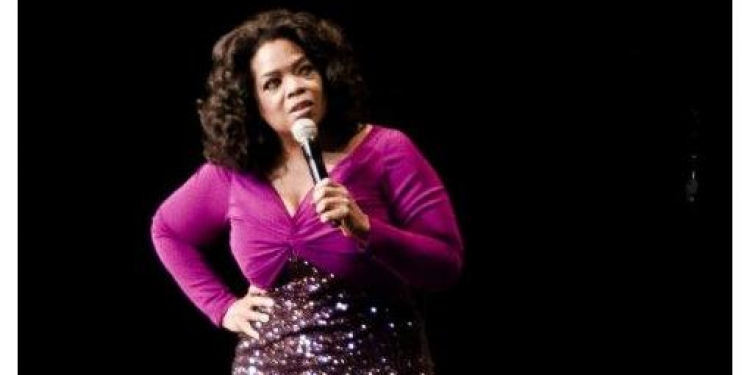 Article and Photos by Franca Raco

Ottawa Ontario — On April 10, 2013 Celebrity and world renowned inspirational speaker Oprah Winfrey brought her speaking tour, “Evening with Oprah Winfrey” to Ottawa’s Scotiabank Place. Like many others from Cornwall, I also had the opportunity to attend this event with wonderful friends, who like me, are huge Oprah fans.

The night began with a wonderful introduction by Ottawa Mayor, Jim Watson. Approximately 15,000 of Oprah’s fans, which were mostly women, cheered with outstanding enthusiasm when she appeared on stage chanting the word Ottawa, with charismatic rhythm.

The chronicles of her life were amazing to hear. Directly spoken by her; they contributed to the understanding of the kind person she came to be and overcoming some of her life’s misfortunes. Oprah often reminded the audience that we are all here because we have something to give. The stories of her upbringing and her struggles to become the phenomenal woman she is today; inspire any person, regardless of your gender.

The sincerity and her interaction with the audience was a delight and the delivery of her advice and her message, “you are what you believe you are”, resonated with the vast majority. Her sense of humour was accentuated throughout the entire evening and made listening to her stories relatable and most enjoyable.

At one point in the evening Oprah mentioned she had sore feet. She then removed her high heeled shoes, and proceeded to hand them over to a delighted audience member “Sandy Sharky” – a former radio host who happened to be the same shoe size as Oprah.

Her generosity and kindness did not end there, as we discovered that she provided tickets to the event to a hard working waitress who served her breakfast and was unable to secure tickets for herself.

Oprah was then joined on stage by CBC talk show host George Stroumboulopoulos. The setting felt like we were participating in a live studio audience at one of her famous T.V talk-shows.

The skilled interviewer began to ask Oprah questions, to which she answered honestly and provided us some insight on how she became successful in her life.

Her philosophical growth and approach to life is what I took to heart the most. For me this was a dream come true, Oprah was everything that I thought she would be and more. In some ways I feel I have been given a gift, a message of hope and faith.

My mother adored Oprah, and she too was a big fan, so in a divine way I feel I was also living her dream. It made the evening that much more special. I would highly recommend Oprah’s tour to anyone.