For Whom the Ads Toll by Denis Sabourin 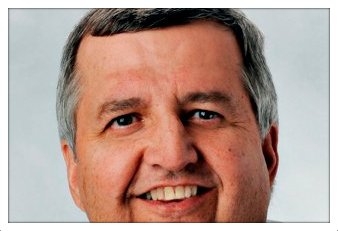 Cornwall Ontario — Letter by Denis Sabouin : In this week’s offering to “The Seeker,” I have been assured by management there will be no reporting of this action to one Steven Harper, Prime Minister of Canada, and as a result I will not be charged with that contemptuous Canadian pass time that he completely detests which is committing sociology.

We all understand sociology to be the scientific study of human society and its origins, development, organization and institutions.  More specifically and in Steven Harpers terms from his days of studying economics, although he never worked as an economist, at the University of Calgary it is a science that uses various methods of empirical investigation and critical analysis to develop a body of knowledge about social activity, structures and functions.

Is it any wonder why he is concerned that if we understand the root cause of a problem then Canadians might reject the simple sound bites offered by his backbench M.P.’s as the real solution to complex issues.  My favourite quote this past week came from Pierre Poilievre the M.P. for Nepean –Carleton, “the root cause of terrorism is terrorists.”

Now that we have that one solved can anybody tell me what creates a terrorist, or motivates a terrorist to act the way in which they do?  Ooopppssss there I go committing sociology again.

My second act of sociology in this column is the analysis of the Conservative attack ads launched at Justin Trudeau, virtually minutes after he was named the new leader of the Liberal party of Canada.

Much has been said about the ads since they first appeared two weeks ago.  Team Steven Harper has taken flack for deliberately misquoting Justin Trudeau in comments about Quebec.  The younger Mr. Trudeau was responding to a question about his father nearly a decade ago for a CTV (Canada’s Tory Voice) documentary on former Prime Minister Pierre Elliot Trudeau.  The second item that the Tories took heat on in the same ad was the footage of Justin Trudeau performing a modest strip tease at a Canadian Liver Foundation fundraiser in Ottawa.  There was no mention of the fact that the Prime Minister’s wife Laureen Harper attended the event.   No one has offered comment on how much she bid to have dinner with Mr. Trudeau at the Parliamentary restaurant, which was the prize in the Justin appearance at the fundraiser.

The catch line which is the consistent message the Conservatives want to resonate with Canadians is “Justin Trudeau, he’s in way over his head.”   Other ads have taken Mr. Trudeau to task for being a teacher, a summer camp counsellor, and other non-essential jobs such as heading up Katimavik.  The Tories claim is that Mr. Trudeau has no formal training to become Prime Minister.  I know that Steven Harper’s resume was (and still is) pretty slim when it comes to his qualifications to be Prime Minister, but that’s not what the Conservative spin machine wants you to think.

For the next two years, until the election campaign in the fall of 2015 the Conservatives will record, log and  display any perceived misstep in their estimation by Mr. Trudeau as another example of a young leader in over his head.

Their hope is that over the period of time those outside of the Tories solid 32% base of supporters will agree with what they are saying.  For the time being the ads are to serve as fodder to the faithful, no matter how distorted !from the truth, no matter how mean, no matter how others speak out against the ads, the goal is to solidify and motivate their base.  The base is the key! Keep their support, keep them motivated against the Liberals at all costs, keep them contributing financially to the party, at the end of the next federal election campaign that solid 32 per cent could mean another majority or minority government for Steven Harper.  If the ads miss their target, and he loses it will mean the end of his political career.

In closing to paraphrase a favourite author, “ Do not ask for whom the ads toll, for they toll for you,” the Conservative 32 per cent.