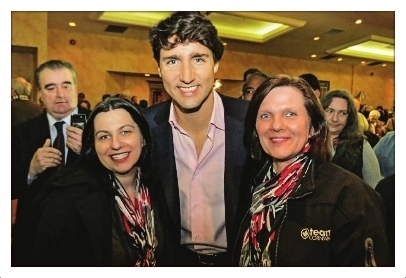 Ottawa Ontario — The 2013 Liberal leadership coronation ceremony of Justin Trudeau was today, and as expected the Quebec MP easily won the race and was crowned Liberal Party Leader.

The charismatic son of former Prime Minister Pierre Eliot Trudeau visited many communities during the race including Cornwall Ontario on February 12th 2013.

Trudeau met, spoke, and took photos with local residents including Mai-Liis Renaud and Julia Lucio of the Seeker.

There has been a recent surge in support for the Liberals during the leadership race, but the questions remains whether Trudeau can maintain that momentum or not.