by SeekersAdmin
in News and Announcements
Reading Time: 1 min read
142 6 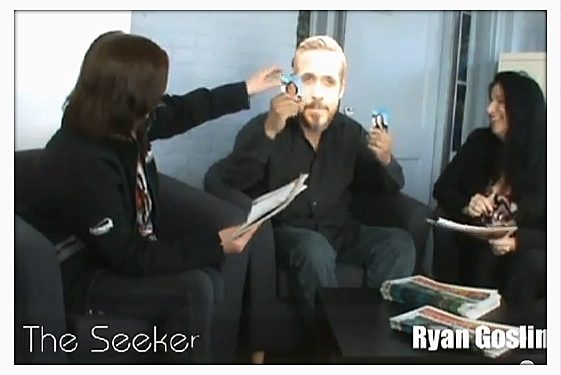 Mai-Liis and Julia present Ryan Gosling with their Team Cornwall card's during this exclusive interview on April 1st 2013.

Cornwall Ontario — Actor Ryan Gosling was our guest at The Seeker office tonight. Gosling, the former Mickey Mouse Club star, is back in Cornwall to discuss his new role in an upcoming Disney film. Gosling will star along side Emilio Estevez in the Mighty Ducks 4 movie, “The Quack is Back”. Gosling will be playing the role of Jordan Bombay, the estranged son of hockey coach Gordon Bombay. The release date of this film is April 1st 2014. Gosling says he’ll be back again in Cornwall next year at the premiere being hosted at the Port Movie Theatre.

Thank you for watching, and April Fools! 🙂