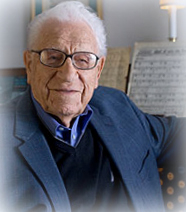 North Dundas — Winchester Ontario born Gospel icon George Beverly Shea passed away Tuesday at the age of 104. He was the recipient of a Grammy Award in 1965, and two years ago was he honoured with a Lifetime Achievement award.

Shea is also in the Guinness Book of Records for singing to the most people ever with an estimated audience of 220 million people. Shea was a colleague and friend of Billy Graham, and rose to singing stardom in the gospel world.

“I’ve been listening to Bev Shea sing for more than 50 years, and I would still rather hear him sing than anyone else I know”, said Billy Graham on his website.

G.I. Joe Retaliation - Knowing is half the battle! Column by John Earle