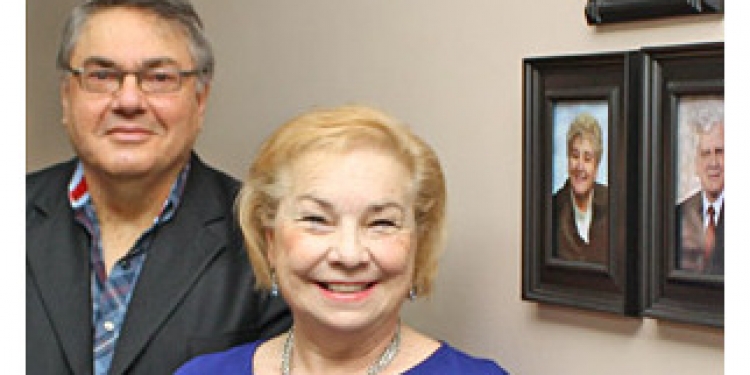 Cornwall.ca — A display has been established at City Hall in memory of two City Councillors who passed away while in office. A memorial plaque and photos of the late Councillors Huguette Burroughs and Guy Léger have been placed at the entrance to the Councillors’ Room at City Hall, across the hall from Council Chambers.

Family and friends of the late Councillors gathered with members of City Council at City Hall on Wednesday, June 26th to celebrate and recognize the display. “Councillors Burroughs and Léger were committed leaders and ambassadors for Cornwall, and they devoted countless hours towards making our community a better place,” said Mayor Bob Kilger.

Councillor Léger, who served on City Council for over 15 years, passed away in November 2008. Councillor Burroughs passed away in March 2005 during her first term on City Council. “Councillors Burroughs and Léger were strong advocates for Cornwall’s francophone community, and the community-at-large,” added Mayor Kilger. “Their records of service remind us that each one of us can make a difference, and by working together, we can achieve great things.”

Every Time I Die in Cornwall August 22nd