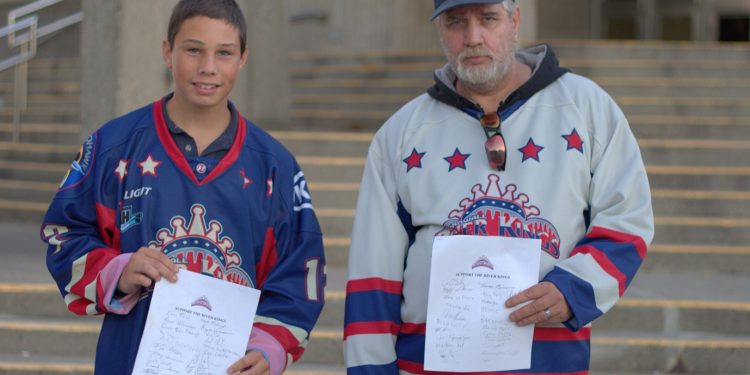 Cornwall Ontario — George Williams and Nicholas Papineau were among several Cornwall River Kings hockey fans standing outside the Civic Complex last Thursday at the Cornwall Colts home opener. The pair were gathering signatures in support of saving the Cornwall River Kings franchise. Talking about that home opener, The Cornwall Colts won that game 2-1 versus Hawkesbury. Jay DAmour and Marly Quince both scored power play goals and goalie James Edwardson saved 25 of 26 shots for the Colts.