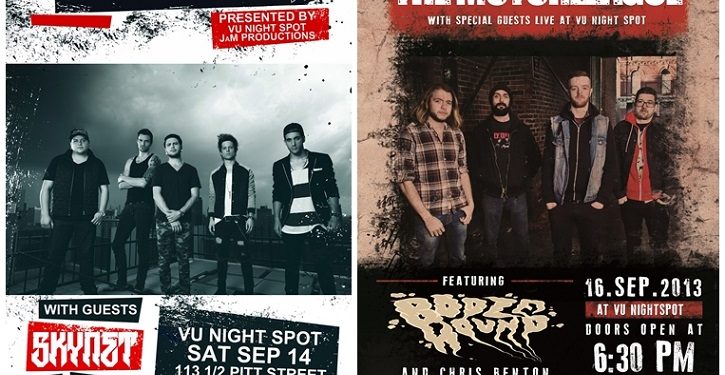 Cornwall Ontario — Toronto metalcore band Abandon All Ships make their Cornwall debut at Vu NightClub on Saturday September 14th. The band who is signed to Universal Music Canada through Underground Operations has been featured on Much Music. Cornwall metal band Be the Saviour will be playing their final show that same night. There is another good concert at Vu Night Club a few days later. The Motorleague is playing Monday September 16th. This band from Moncton New Brunswick has been making waves in the music scene out east. The band took home two East Coast Music Awards and one New Brunswick music award.