Could Cornwall Transit be going on strike? 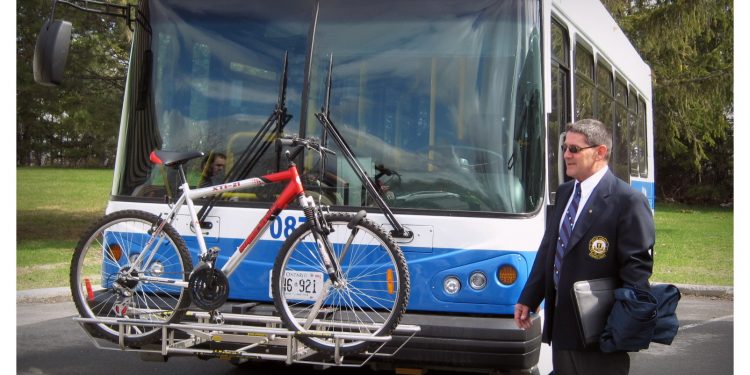 Amalgamated Transit Union, Local 946 has issued a media release: The Amalgamated Transit Union (ATU) Local 946, which is responsible for conventional transit and para-transit for Cornwall Transit, announced today that on Sunday, September 8th, its members voted overwhelmingly in favor to take job action up to and including a legal strike. The smaller local is receiving full support from Bob Kinnear, who is president of ATU Local 113 and ATU Ontario.

On Monday, September 9th, Larry Kinnear, Vice President of ATU International, informed the Conciliation Officer to call a no board report that will allow the union to take job action as of Monday, September 30th; however, said Mr. Kinnear, “our members are hoping we can enter into mediation with the City of Cornwall prior to that day.”

“The only step taken by City Council so far has been to issue a mandate, which has not been enough to be considered at the bargaining table. We simply want to make City Council aware of the challenges we are facing, and provide a platform for communication between the bargaining committee and City Council,” said Mr. Kinnear. “One problem preventing this is that the current negotiator for the city is based in Ottawa and is not well informed of issues in the city, including issues surrounding transit,” Mr. Kinnear pointed out. Such challenges, according to Mr. Kinnear include, “unpaid sick absences until the fifth day of an illness whereas other city employees are compensated from the first day, and not being reasonably compensated for paid work intervals like other city employees. Cornwall Transit alone receives a ridership of 1700 – 2000 a day, so it is important that these points of contention are addressed so that our members can continue to provide the best service possible for our riders,” Mr. Kinnear added.

About Amalgamated Transit Union Ontario: Founded in 1892, and is the largest labour union representing transit workers in North America. The ATU has over 190,000 members in 264 local unions in 44 states and 9 provinces. The ATU membership includes buses, subways, light rail, ferry operators, clerks, baggage handlers, mechanics, and others in public transit, para-transit, inter-city and school bus industries.