ORN-The Bright Alternative- Saving lives, one car ride at a time. Cornwall’s Operation Rednose (ORN) gets off on the right hoof. 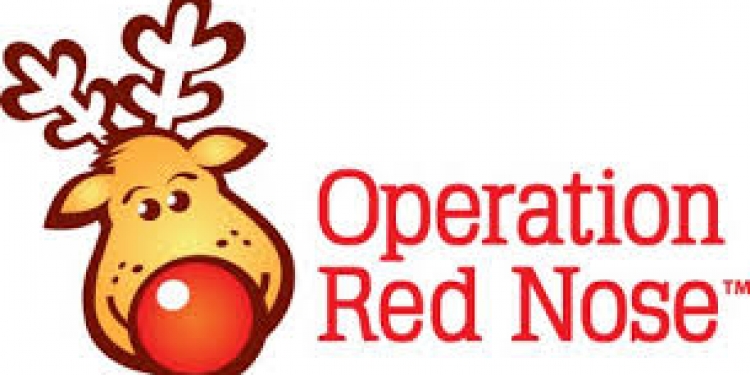 Recapping of the 2012 season of Operation Red Nose with a summary of the event. Also, a direction for 2013 is also described.

CORNWALL, ONTARIO, 07/09/2012 Drinking and driving is a real concern. Statistics state that during the past decade 2,000 lives have been lost with 50,000 people sustaining injuries. As a response, the holiday season has been targeted as an opportune time to educate and service Cornwall with the conceptualization of ORN in 2011. With the support of the Cornwall Kin Club, ORN Cornwall was able to draw in just under $5000 to the benefit of the local Boys and Girls of Cornwall. With the 2013 season right around the corner, the big focus is on growing the volunteer base.

Cornwallians and Cornwallites alike, thank you for your continued support. Operation Red Nose- Cornwall is 3 years old! So far we have completed over 453 rides and raised over $10, 000, all of which was provided to the benefit of the local Boys and Girls Club of SDG & A. This year we are back again offering our designated driver service for Cornwall, Lancaster, Long Sault, Summerstown, Martintown, St. Andrew’s West, and Ingleside.

Whether you would like to be a financial supporter of this service and be afforded additional exposure through championing this great cause or whether you want to get behind a wheel and be a part of the ride, there are many ways to support this initiative. Our dates of operation will be December 6th, 7th, 13th, 14th, 20th, 21st, and New Year’s Eve.

Getting is simple. 3 volunteers will go out in a single vehicle to a call. 2 volunteers (a driver and navigator) will enter the “patron’s” car and proceed to drive them home. The escort car, which brought the volunteers initially, will follow behind the patron’s car. Upon safely bringing the patron and their vehicle home, the volunteers return in the escort car, to the headquarters located at the local Boys and Girls Club on First St. So all lovers of “fun” are welcome to join!

ORN has been operating since 1984 through the original efforts of Dr. Jean-Marie De Koninck, originating in Quebec this volunteer event has become a national program and a success. With the support of the Cornwall Kinsmen Club who have supported such initiatives in Cornwall for 80 years, ORN has set a goal for 2013 to surpass 230 rides safely, provide a readily accessible alternatives to impaired driving during the holiday season, and to educate the public on the benefits of planning for a positive evening by considering their transportation.