by SeekersAdmin
in News and Announcements
Reading Time: 2 mins read
28 1 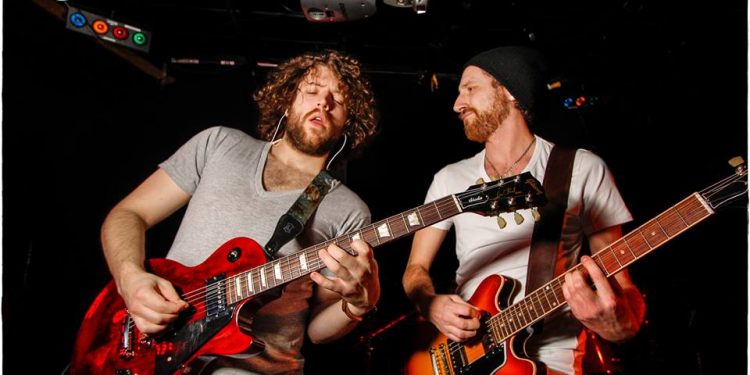 Cornwall Ontario — There were plenty of concerts for music fans this holiday season, including Spirit of a Season at Vu and Barstock at Lola’s Pub and Grub. Here are snapshots and reviews of the Freeway and Elly May concerts that took place at La Maison Tavern.

On Saturday night Elly May rocked the stage at La Maison again. They had their CD release in Cornwall back in September. Opening for them last night were Ottawa rock band Garden of Weeds, and local musician Keegan Larose. Garden of Weeds are an up and coming Canadian rock band who put on an energetic show, and remind me just a bit of the band Sloan. Keegan Larose is maturing as a singer and showman, and he put on a good show last night. He now sings with confidence, and he has a lot more movement on stage. This is a big step for the young talented guitar player, showing he is ready to take centre stage as a singer-songwriter or as lead singer of a band.

Freeway played La Maison on Friday night, celebrating their 15th Anniversary. The Cornwall punk band played a mix of original songs and covers. The crowd in attendance sang along to many songs and it was a fun night. Daniel Martin, lead singer of Freeway, took to the stage between sets to play an acoustic cover of The Decline, an 18 minute song by Nofx, that he sang in just over 15mins. Just seeing an acoustic cover of that song was worth the price of admission

Why Mark A MacDonald could be Cornwall's next Mayor