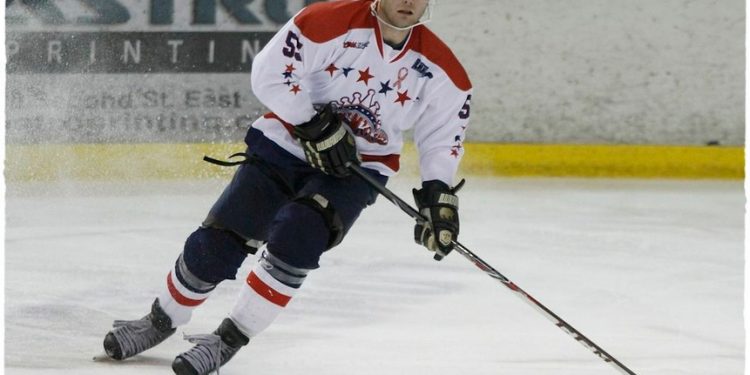 Cornwall Ontario – Mathieu Dumas’ two third-period markers were the difference as the Sorel-Tracy Eperviers skated to a 4-2 victory over the Cornwall River Kings on Saturday night at the Civic Complex.

Doug Andress scored twice for Cornwall, which fell to 8-12-3 on the season with the defeat.

Christian Deschene opened the scoring for the Eperviers, banging in a rebound past River Kings goaltender Loic Lacasse at 8:08 of the first period.

Cornwall responded on the powerplay with 18 seconds to play in the opening frame. Andress ripped a shot from the point that beat Sorel goaltender Francis Gourdeau top shelf.

The River Kings took the lead on another blast by Andress at 14:19 of the second. His low shot from the point deflected off a Sorel stick and beat Gourdeau.

The Eperviers would reply with a powerplay goal of their own, however. Louis Mandeville’s one-timer from the blueline got past Lacasse with 1:50 to go in the second.

Sorel took advantage of a powerplay at 2:55 of the third period when Dumas pounced on a loose puck at the side of the crease to beat Lacasse. Dumas then iced it with his second of the night, an unassisted empty netter, with 32 seconds to play.

River Kings enforcer Chris Cloutier had a spirited bout with Sorel’s Jon “Nasty” Mirasty in the second period, much to the delight of the 1,977 in attendance. It carried into the penalty box as well; both skaters were assessed 10 minute misconducts moments later and were sent to their dressing rooms.

Brett Angel then challenged Mirasty mid-way through the third period.

The announced stars were Dumas (first), Andress (second) and Dupré.

SUNDAY MATINEE: On Sunday afternoon, Cornwall hosts the first-place Trois-Rivières Vikings at 2 p.m. After the game, fans are invited to come out on the ice and skate with the River Kings.