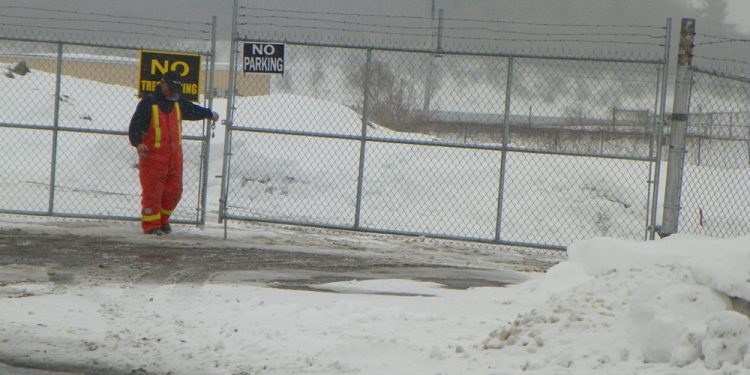 Despite pressure being put on all parties involved, and even though an  interim control bylaw barring any work at the chemical tank site has been passed by City council last December, it appears that construction  has resumed.

Activity was witnessed over the week-end and again today.  Several informants have brought forth the issue to The Seeker.

No official statements have been released by the City.

If you are concerned and would like to email MP Guy Lauzon to tell him “no tanks”, here is his email address: [email protected]

Seen in the pictures, a construction worker opening the site gates.