Getting to know Si Miller

by SeekersAdmin
in News and Announcements
Reading Time: 2 mins read
29 1 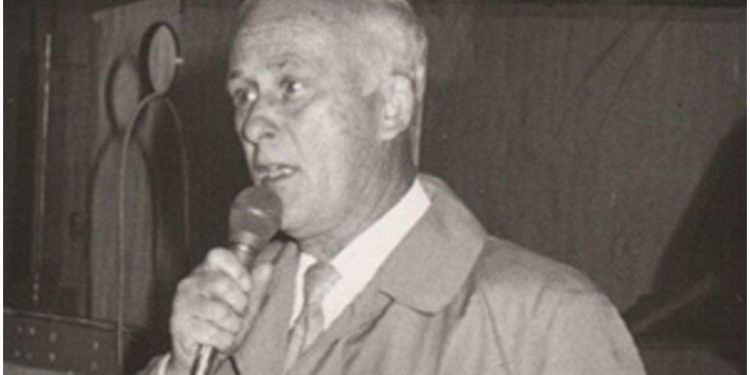 I wasn’t born and raised in Cornwall, so to me, Si Miller merely was but a demolished community arena where I attended a few Colts games back when I first moved here.  I remember people wanting to save the arena when it was scheduled to be torn down.  But that’s all the name meant to me.

When I heard of Mr. Si Miller’s passing on Saturday night, I immediately realized something big had happened–Cornwall had just lost a big morsel of history.  Clearly, a man  to whom a building had been dedicated had to have done something significant for his community.  I just didn’t know what.

I got on Google and started researching.  I found out that Si was actually short for Silas.  Silas was a devoted husband (60 years with his wife!) and father of 3.  He also was a loving grandfather.

He had been the city’s director of Parks and recreation from 1963 until his retirement in 1994.  The same year, the Water Street Arena was renamed in his honour.    He was the recipient of many awards, including the Paul Harris Fellowship Award for Humanitarian Service and the F.H. Gray Memorial Trophy for sportsmanship.

He was inducted in 1975 to the Cornwall Sports Hall of Fame.  He served as director of the Ottawa district hockey governing body for eight years, including two as president. He was a director of the Canadian Amateur Hockey Association from 1969 to 1971.  Quite the sportsman, throughout his life, he was involved in boxing, softball, baseball, lacrosse and hockey.  And of course, golf!  He loved golf!

He was instrumental in the realization of some the most prized landmarks of our city such as Guindon Park, Marina 200 and our beloved bike path.  He helped facilitate partnerships with the Optimist Club and the Legion to put the Baseball Diamonds in place and with the Lions Club to bring us the Bandshell. He fought to create Lamoureux Park and later, for it to be protected, as all green space should be.

He was, indeed, quite the remarkable individual.  I can only feel at a loss from not having known him.  He was an inspiration to many. He was loved by all.