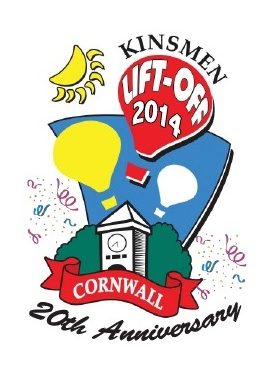 Cornwall Ontario — The Kinsmen Cornwall Lift-Off 2014 board of directors is announcing the entertainment line-up for the 20th Anniversary of Ontario’s only Hot Air balloon festival this Thursday at Nav Canada.

The event which runs July 10th to the 13th includes awesome musical entertainment. A weekend pass is only $25 and Thursday is FREE!

The Seeker is proud to sponsor the 20th Anniversary of Lift-off. For all the latest info check out: http://www.lift-off.ca or visit theseeker.ca