Jesse Winchester featured on the cover of Cornwall Living Magazine 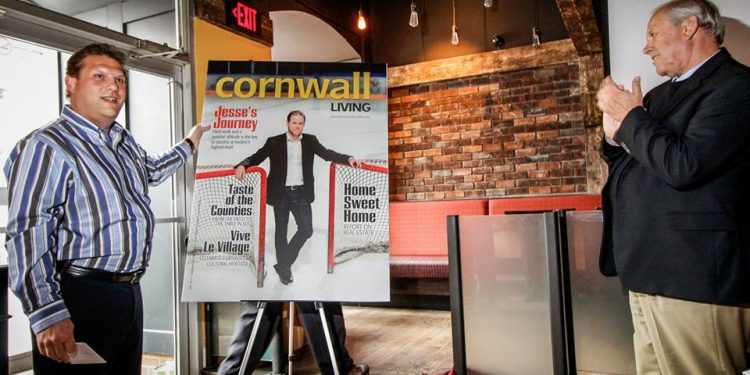 Cornwall Ontario — It was a full house at Schnitzels for the release of Cornwall Living Magazine. NHL hockey player Jesse Winchester, who was featured on the front cover of the magazine, was in attendance.

Also in attendance was Mayor Bob Kilger, MPP Jim McDonell, City Councillor Glen Grant, several City Council candidates, as well as some photographers including Jason NcNamara, Bruce Davis, and Jason Setnyk who were all published in the magazine.

Kudos to TC Media for publishing a wonderful magazine once again this year.