Ontario heads to the polls June 12th for a Provincial Election 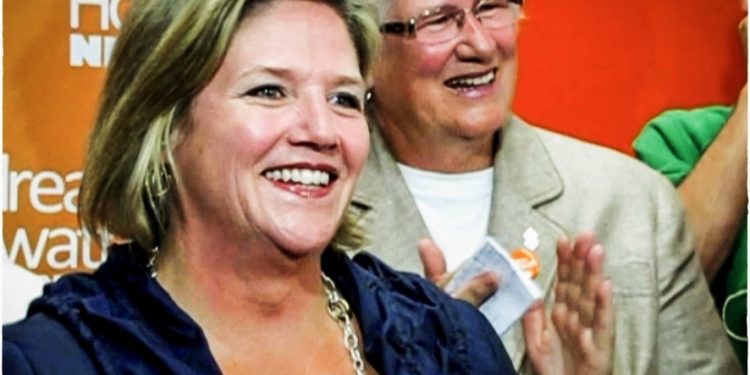 Cornwall Ontario — Ontario is headed to a Provincial Election on June 12th after the Liberals budget failed to get NDP support and did not pass. Criticisms of the Liberal budget included too many corporate handouts, their energy policies, and their health care strategy.

“We are committed to helping local economies grow. That’s why we are working with businesses labour and education partners in Cornwall and beyond to ensure that our people have the right skills for the global economy”, says Wynne last year.

Despite a focus on the economy the 2014 Liberal budget simply fell short of the NDP’s expectations.

According to Andrea Horwath in an email from the Ontario NDP, “The Liberal plan isn’t serious or credible. It’s a desperate attempt to get away from years of scandal and waste.

The fact is: the public doesn’t trust the Liberals. They’ve wasted billions on scandals. They lied about the gas plants. They approve of outrageous public sector CEO bonuses. The average person sees their money not being used properly on important things like education and healthcare.

We negotiated 3 things in the last budget: a Financial Accountability Office, a 15% reduction in auto insurance, and a five-day homecare guarantee to eliminate wait lists. To date, the Liberals have not delivered on their promises. The Financial Accountability Office isn’t open, we hear from people constantly how auto insurance is going up, and home care waiting lists are still too long. The biggest problem is that people are cynical about the role government can even plan in their lives.

If we were to support this budget it would mean signing on to unprecedented privatization, healthcare cuts, and billions in corporate giveaways. It would endorse the Liberal track record of waste and scandal”.

According to incumbent Conservative MPP Jim McDonell, Ontarians are worse off with a Liberal Budget. “It is a classical tax-and-spend Budget where they are trying to buy our votes with our own money” – MPP McDonell commented. “The deficit is increasing and is now more than three times the total of all the other provinces combined. The Liberals have more than doubled our debt since they came to power, making our interest payments $11 billion per year. That is almost $1,000 per man, woman and child in Ontario, per year. Imagine what your family could achieve with that much more disposable income in your pocket.”

The Budget predicts a growth in Government tax revenue from $115.7 billion to $129.4 billion over 3 years; however the annual deficit is expected to increase as well.

“How can this Government raise more money and still get deeper into debt faster?” – MPP McDonell continued. “It’s simple economics: you cannot continue to spend more money than you are taking in. Ontarians can see right through the Liberal spin. Their job plan is $2.5 billion in corporate welfare, while their energy rate policy is only a focus on telling businesses how to save energy, instead of tackling high hydro rates head-on for all Ontarians. Residential consumers will see no benefit whatsoever: rates are forecast to grow another 42% over five years, and experience a further 10% overnight jump when the Clean Energy Benefit is abolished. There is furthermore no commitment to abolish the Debt Retirement Charge – it is just a “proposal”. This is no way to govern a Province”.

Will there be a ‘Wind of Change’ at Queens Park on June 12th or will Kathleen Wynne and the Liberals be able to hang on to power? Locally will Elaine MacDonald or John Earle find a way to climb the blue mountain of SDSG and unseat incumbent MPP Jim McDonell? You are welcome to post your thoughts on the upcoming Ontario Provincial Election here.