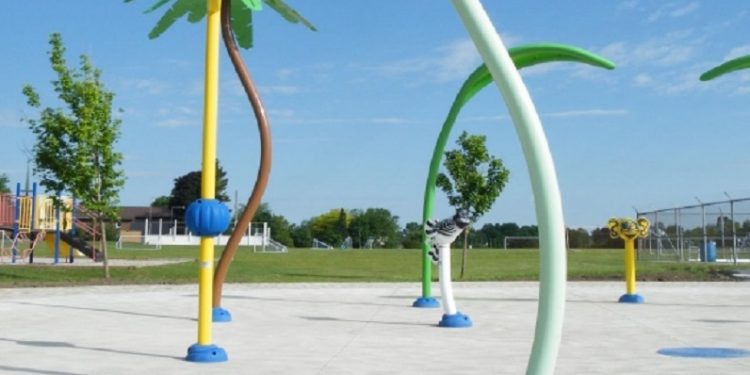 South Stormont — The Township of South Stormont will have its Official Grand Opening of the South Stormont Splash Pad at Bethune Memorial Park 73 Simcoe Street, Long Sault on Wednesday June 25th  2014 at 1:00pm.

The completion of this project highlights a number of South Stormont recreation facility improvements that have taken place since September 2012 as part of the Federal Governments Community Infrastructure Improvement Fund (CIIF).

Along with contributions from the CIIF and the Township of South Stormont, a Splash Pad Fundraising Committee was also formed and helped raise approximately $35,000.00 of monetary and in-kind donations toward the construction of the project.

Incorporated as part of the ceremony will be an elementary class from Longue Sault Public School who will represent the school’s parent and teacher association that were involved in fundraising efforts.