Hundreds of residents walked the old bridge in Cornwall today

by SeekersAdmin
in News and Announcements
Reading Time: 1 min read
14 0 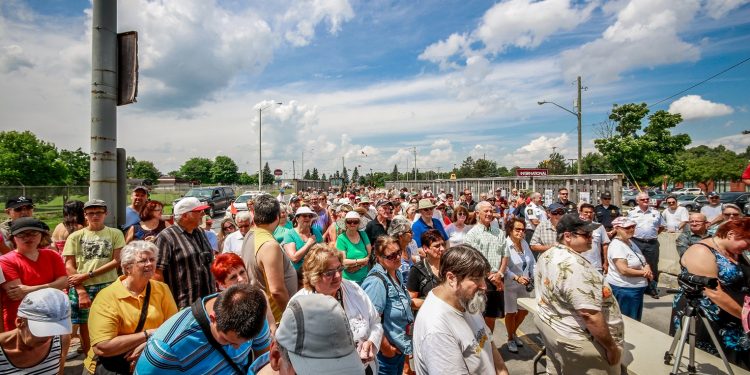 Cornwall Ontario — The Seaway International Bridge Corporation gave residents a final chance on Tuesday to walk the North Channel Bridge one last time prior to its demolition.

Hundreds of residents walked the old bridge and viewed historical photos that were set up on the bridge for the occasion!

Volunteers handed out chalk and some people wrote and drew on the old bridge.

Read this week’s print edition of The Seeker or check out the Seeker Facebook page to view more photos.