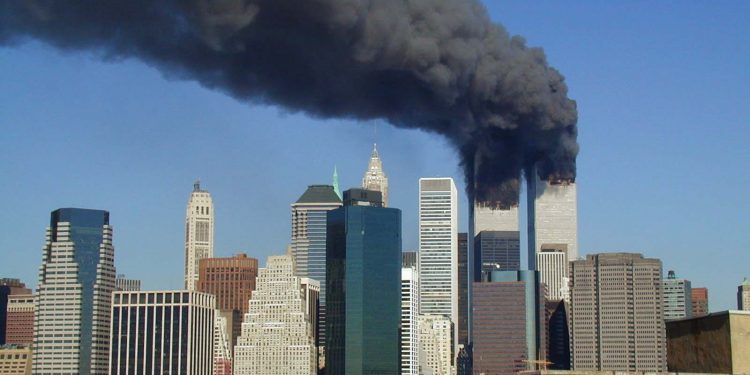 I don’t normally get political.  And I don’t spend countless hours reminiscing on bad event that have impacted our world.  I am a firm believer that you need to learn from your mistakes, but then move on; not steadily dwell in the past.  However, sometimes, things are just too big to ignore.

9/11 happened 13 years ago.  I remember it as if it was yesterday.  I was at my computer working and one of my colleagues called me to say  “You have to turn on the TV!  A plane just hit one of the twin towers!”  I remember watching and thinking this was, in no way, an accident: in my mind, Americans were under attack.  Then the second plane hit.

It was well established that Al-Qaeda was behind the attacks.  Yet, the all mighty president Bush decided to go to Iraq instead, to finish a war his father had started.  Little did he know the only thing this would contribute to, is further destabilize a country that already was pretty messed up, but who at least, had some sort of grip over their religious extremist groups.  Now, they’re all running loose.  Yes, something had to be done about Hussein, but not that way, not at that time.  It’s never good to stick your nose in other people’s business.  But then again, war is all about getting the rich richer, and fear is a great motivator.  It is whole reason George W. Bush won his second term.  The first one, he had simply stolen from the American people.

ISIL is a real threat to this world.  They are ten fold what Al-Qaeda was.  The Middle-East is nothing but chaos at this point.  Everywhere you turn, there is conflict.

We need to vote the right people in power.  It starts at city level.