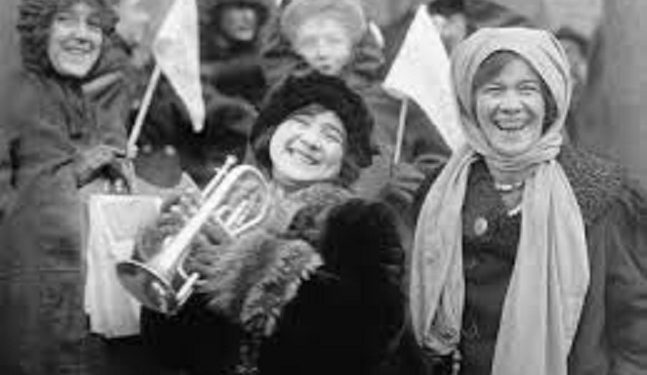 It is fascinating what you are bombarded with nowadays, at any given time, while surfing the net. Some stuff is good, some isn’t, but the world wide web has become such a complex, savvy little machine that it now compiles your behavioral habits and constantly adapts to show your more of what you initially asked for. In my case, that would be positive news.

Last week, I stumbled across a video that restored my faith in our youth, specifically our female youth. I met Laci Green.

Granted, Laci is not Canadian. She is a 24 year old American feminist/activist who hosts a widely popular sex education youtube show and travels the country to go speak about the contemporary issues young women either face, or will face, in their lifetime.

The video titled “51 Pretty Shocking Facts That Make Things Harder For Every Woman You Have Ever Met” was a revelation, not only because it is outlines all that is wrong with our society and clearly points out the stereotypes women face each day, but also because it shows how little has changed since Susan B. Anthony joined the campaign for woman suffrage. Little battles were won, but the war is far from over.

We’ve all been there. Whenever we get upset about something dear to us, or passionately defend a point we believe in, it never fails. Somewhere, somehow, a man reduces our opinions to simply be that of a hormonal irrational witch who’s on her period. That’s what Laci is aiming to change. And what’s great about her is that she is reaching the crowd that matters, the crowd that can make change happen: the young women, who are fresh starting their lives, who are about to vote for the first time.

We need to empower women. We need to close the gap and promote gender equality. We need to stop using women’s bodies to sell products and push ideas. This only contributes to the problem. Women are still paid about 25% less than men for doing the exact same job. The business world tend to support male owned enterprises more than a female counterpart and I can sadly assure you that this newspaper would be much further ahead today would a man be at the helm.

But it wouldn’t be as positive now, would it?

Young women can be the voice of change. I know It’s hard to imagine, but your vote really does count. It is the key to every issue. I am not suggesting voting women in simply because they are women–that would be silly and there are many men who support equality. Just put the right ones in.

Voters with disabilities encouraged to vote during advance dates