by SeekersAdmin
in News and Announcements
Reading Time: 1 min read
8 0 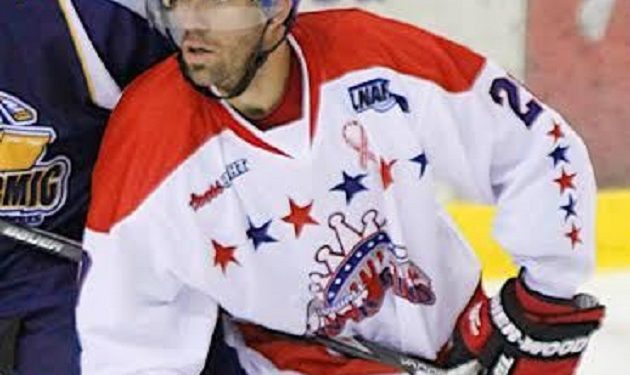 The River Kings have re-acquired veteran forward Dominic Chiasson from Thetford-Mines. The 37-year-old from Valleyfield returns to Cornwall where he scored his 300th LNAH goal last season.

“It was important for us to bring Dominic back,” said Lalonde. “He’s been around a long time and he’ll be counted on to provide leadership one the ice and in the room, especially with some of the younger guys we have up front this season.”

In return, the River Kings give up a draft pick in 2015. Chiasson was dealt to Thetford-Mines in June, before Lalonde took over the GM role with the River Kings.

Chiasson scored 15 goals and added 17 assists for 32 points in 38 games with Cornwall in 2013-14. This will be his 11th season in the LNAH.
On Feb. 8, 2014, with 2,672 fans in attendance at the Civic Complex, speedy forward Julien Corriveau set up Chiasson for the milestone marker.

He became only the second player in league history to score 300 goals.

SEASON-OPENING WIN: On Friday night at Riviere-du-Loup, the River Kings officially opened their 3rd LNAH season with a 5-2 victory vs. the 3L. Doug Andress’ goal 50 seconds into the third period proved to be the game winner. The defenceman also chipped in two assists. Loic Lacasse was outstanding in goal for Cornwall, turning aside 45-of-47 shots. Rookie Antony Courcelles, Jonathan Jasper, Julien Corriveau and Nicolas Corbeil (empty netter) also scored for the River Kings. Head coach Olivier Filion celebrated his birthday by picking up his first coaching victory.