by SeekersAdmin
in News and Announcements
Reading Time: 1 min read
7 1 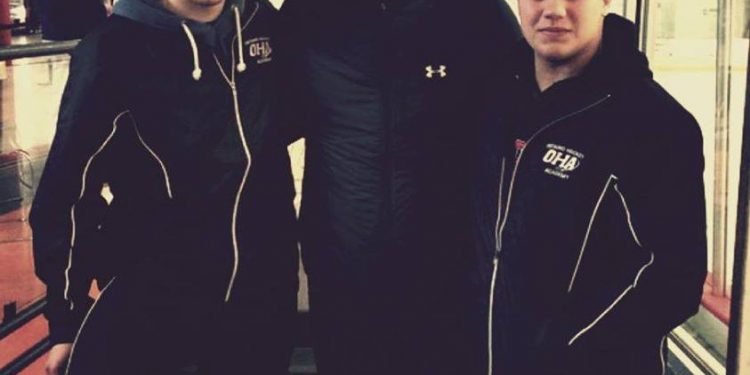 New Hampshire – Some of Cornwall’s Ontario Hockey Academy teams are on the road this weekend including the OHA Boys Gold team and the OHA Boys White team. Both teams are playing in a tournament in New Hampshire. It was a super experience for the boys, including Stefan Quinz and Tyler Planetta pictured here, as they had the opportunity to hang out with NHL legend Mario Lemieux.

Inducted immediately to the Hockey Hall of Fame after retirement, Mario Lemieux is ranked seventh all-time in NHL scoring with 690 goals and 1,033 assists. He is a two time Stanley Cup champion as a player and captain of the Pittsburgh Penguins, and a one time Stanley Cup champion as owner of the team in 2009. Lemieux won numerous awards including the Hart Trophy, Art Ross Trophy, and Conn Smythe Trophy, and he also lead Team Canada to gold in the 2002 Olympics.