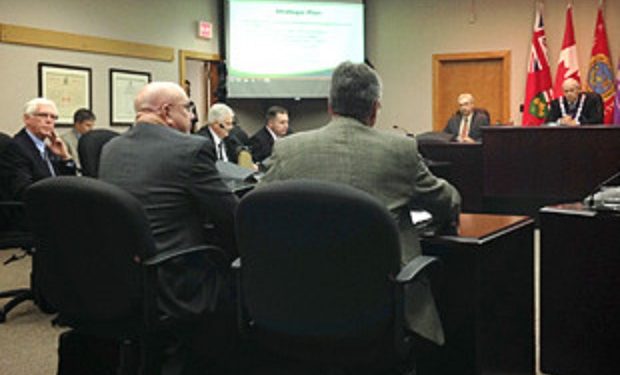 Cornwall Ontario (ChooseCornwall.ca) – Cornwall is in a much better place than it was 8 years ago, according to Terry Landon, the Chair of the Economic Development Strategic Plan Implementation Advisory Committee.

Mr. Landon appeared before City Council last week to deliver a recap of activities that are ongoing in the community related to the City’s Economic Development Strategic Plan, which was struck in 2006. Since that time, a committee of Council has worked hard to ensure that the strategies and action plans in the plan are executed, and at the same time, the plan is updated on an ongoing basis.

“We have seen a number of significant achievements in Cornwall, across all six pillars of the Strategic Plan,” said Mr. Landon.

Despite successes, Mr. Landon noted that some action plans in the Strategic Plan are ongoing and that there is more work to be done.

“We must continue to work to improve transportation linkages between Cornwall and other cities, and of course continue to attract new investment,” said Mr. Landon.
“There are other elements of the plan that are actively been worked on, such as the development of an arts centre and expansion of the airport.”

Mr. Landon’s report represents the final communication from his committee which has met each month for 8 years.

“The Committee’s work has extended the Strategic Plan, and their efforts are to be commended, as are the activities by City staff, area organizations and individual citizens who have helped to achieve many of the Plan’s objectives,” said Mark Boileau, Manager of Economic Development.

The Strategic Plan is there to guide the efforts of a long list of community organizations that take an active role in the growth and progress of the community. However, the time has come to create a new plan that will guide those efforts for the future.

“Cornwall’s economy is much more diverse than it was in 2006, and of course the world is much more dynamic as well,” said Mr. Boileau. “With the help of the community, I am confident that we can draft a new plan that help us continue to grow and prosper.”