Editorial – I went to church 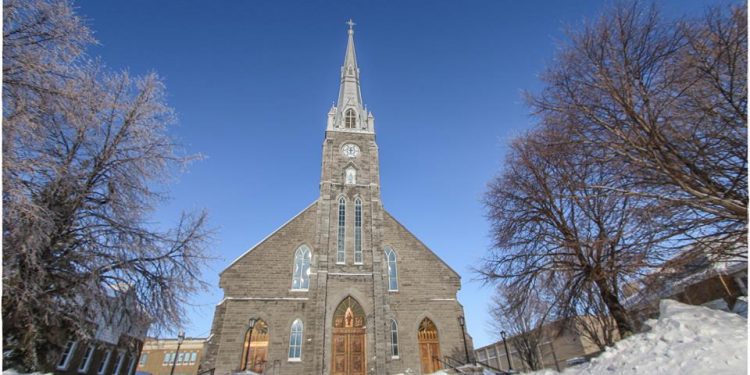 Julia Lucio writes: I firmly believe in the separation of Church and State, which is probably why I try to stay away from expressing any spiritual-related topics in my editorials. However, this week will be an exception.

Once a devout Christian, I have, in recent years, found myself in a deep spiritual abyss where my faith (in people mainly) has been reduced to nearly nothing. I began to doubt the true intentions of my Church’s leadership and became very disillusioned by Christians as a whole.

I met some of the most judgmental and rejecting people in the Church, where love and acceptance should be. I’ve witnessed a great deal of nepotism as well. There is nothing wrong with that, only most churches won’t admitted to it, adding insult to injury. How could it not be?  Pastors are human beings and I’m sorry, but nobody can decide things objectively when their family is in the mix. I’ll be the first one to admit that. It’s human nature. I am not judging here; we’re all sinners, but this explains why many “outsiders” are turned off to Christianity… Why I, have been turned off to Christianity.

For nearly three years, I have been lost. I’ve been to most churches in Cornwall, never finding this feeling of belonging that I initially found at my home church. I wanted a church that would meet me where I was at, wherever that was.

I had lost hope. I was spiritually nearly dead.

Harvest Christian Fellowship posted a video online last week that was nothing short of marketing genius.

To promote their “Name Tag Sunday”, Harvest did a skit where Gary, a nerdy looking middle aged guy, volunteers to be the greeter for the event when nobody else will. Gary is not the Pastor’s first choice, but is so eager to help and takes the role so seriously that you can’t help it but want to attend simply to meet him. The video is funny, clever and a did one thing all the other churches fail to do: it met me where I was at.

The Internet is where people are. Social Media is where lost souls go to try and find something, anything, to fill their void with. Facebook, Twitter, Instagram can all be wonderful tools to not only stay in touch with a congregation, but also spread the Good News, tell people they are trying to fill their void with things that can’t. It’s also where you will find the next generation. Harvest gets that and is reaching out to people in an innovative, fun and modern way.

So on Sunday, I asked my 10 year old if he wanted to accompany me to church. I wanted–no, needed–to see more. I had been to Harvest a few times before but had not found my home in it. Maybe it just wasn’t the “right” time.

Perhaps it was the fact that service was held in a smaller room than usual, making it that much more quaint. Maybe it was because I saw that church is not afraid to use technology throughout the service, alternating video and preaching, going as far as the pastor having his notes on a tablet, which is totally awesome! Maybe it was the upbeat worship band with lots of drums and electric guitar. Or maybe it was as simple as the fact that the message was on key. Whatever it was, it made me want to go back.

Of course, we go to church to worship God, to receive the word, to repent of our sins. Going to church is not about us, but about HIM. But it makes it much easier if it is a place where you enjoy yourself while doing so.

I don’t believe everything that is being taught in non-denominational churches, or any church for that matter. But I do believe that it is important, if not essential, to spiritually connect with other human beings.

I was raised Catholic, So I have issues accepting the whole concept of being saved by grace. I tend to believe that somehow, our actions will be judged. I don’t think other religions are doomed and I’m still not certain about Jesus’ role in the big picture, but I do believe in God and I know one thing: for me to get involved with a church again, it needs to be a church where everyone is welcome and where all sinners are treated equally, with respect, no matter the sin. No more judging. No more castaways.

It also needs to be a church that is in constant movement. I don’t believe you can possibly evolve by remaining stagnant. Growth sprouts out of motion and I witnessed enormous growth at Harvest since the last time I visited. To see this is indeed encouraging…

Just as a candle cannot burn without fire, men cannot live without a spiritual life. – Buddha