by SeekersAdmin
in News and Announcements
Reading Time: 5 mins read
14 1 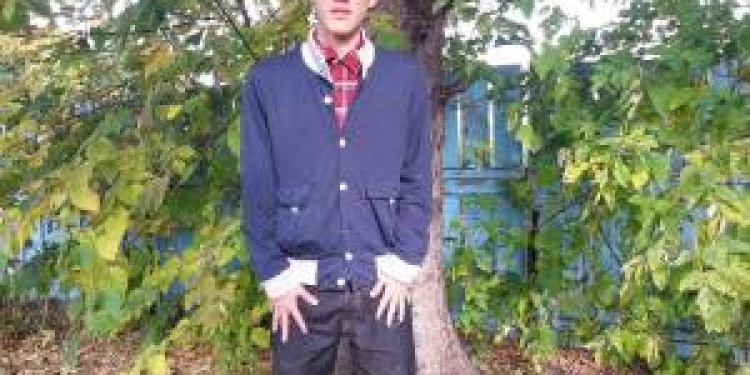 By Danielle Breau, Special to the Seeker

This school year, Masaki Shimaoka is enjoying his new experience as an exchange student from Japan going to school in Canada for the first time! He arrived in Cornwall Sept 1st and he will be returning to Japan June 30th. He is staying with an MLI Homestay family right here in Cornwall. He is currently attending St.Lawrence and taking Biology, English, Music and Psychology. His favorite subject is music and his least favorite is Biology. Back home in Japan school runs a little differently. In fact Masaki’s school back home has ten classes in just one semester. He was taking, Geography, Biology, Japanese, Mathematics 1, Mathematics A, Modern Society, P.E., Health, Art, English Communication, English Expression, English Academic, and Home Foundation. Masaki says the school work is harder here in Canada compared to his home country. In Japan Masaki would take the train to school, it would take him a couple minutes to walk to the train station and once on the train it would take him an hour and a half just to get to school. His days in Japan are a lot longer.When asked what Masaki liked about Canada he responded with “Tim Hortons I’ve never seen that in Japan, I’ve just seen.. Starbucks. Tim Hortons is so cheap.” He also said that he liked that instead of constant buildings in Japan, that Canada had a lot of nature. When it comes to food Masaki says he likes the Pizza here and the Timmys. Back home in Japan they don’t have a big variety of food, mainly fish, rice, soup and scrambled eggs. While being here in Canada, he learned a lot of new things. He learned how to do his own laundry, he learned to cook and to clean, he got to know what house hold chores are. Also he learned how to be a big brother to two little ones. One of Masaki’s favorite parts about living in Canada is playing football for the first time. He is on the SLHS football team and doing very well.Although he is enjoying his stay in Canada Masaki misses his Toy poodle back home.There are many reasons why its a great thing to be an exchange student. You get to experience a new culture. You get to experience differences in the cuisine, architecture, familial tradition, and even the ways in which people carry out conversation. You get to learn a new language first hand.

While on exchange, students are confronted with challenges in everyday life that they will have never before experienced. Everything is new, as the student adjusts to life within a foreign place with a completely different language and culture. If any families in the Cornwall area are interested in hosting an International student please contact Tina Johnson, MLI Homestay Coordinator by sending an email to [email protected]

Cool FM come back to beat the Cornwall River Kings