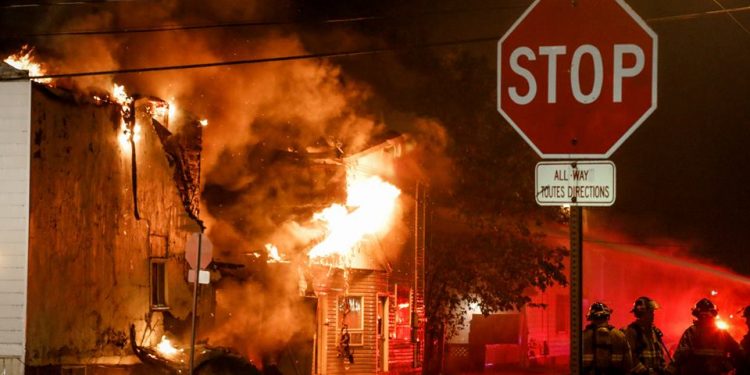 Photo of the Cornwall Fire Department putting out a fire earlier this year.

Cornwall, Ontario – The Cornwall Community Police Service is holding the scene at a Lefebvre Street address that the fire department responded to on December 10th, 2014 that sent two persons to Ottawa with serious injuries.