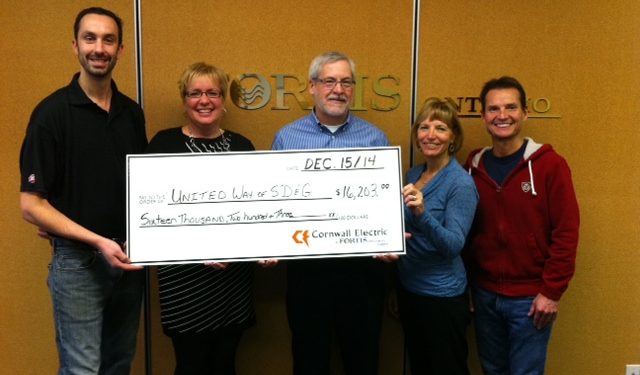 Cornwall Electric supported the United Way Campaign with a noteworthy contribution for the 2014 initiative. Staff members of Cornwall Electric participate in payroll deduction which is then matched by the company.

“We are thrilled with the donation to our campaign by Cornwall Electric”, said Nolan Quinn, 2014 Campaign Chair.

“It is a fantastic contribution and we are so thankful to the staff members for their generous support of the campaign”.

Save the Rink Rally being organized for this Friday