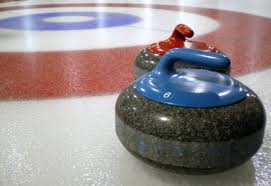 There will be a Cornwall connection on display when the 2015 Tim Hortons Brier Canadian men’s curling championship kicks off in Calgary later this month.

The Ontario team that qualified for the Brier features Cornwall area resident Mat Camm as the third on the team. Camm, 24, plays in the Wednesday night men’s league at the Cornwall Curling Centre and he was the recipient of Cornwall’s 2014 Curler of the Year Award at the annual Lion’s Club Sports Awards Dinner.

This year, Camm joined skip Mark Kean and fellow curlers David Mathers, Scott Howard and Bryan Cochrane to compete in Ontario Tour and World Curling Tour events. The team also entered the Ontario playdowns for a berth at the Canadian men’s curling championship, and they punched their ticket to Calgary this past weekend after winning the 2015 Ontario Tankard in Dorchester, Ontario.

“The depth of curling at the elite level in Ontario is one of the deepest in Canada and is considered world class, and this team made their breakthrough this past weekend,” said Kevin Baker of the Cornwall Curling Club.

To mark the occasion, the Cornwall Curling Centre will be hosting a special send off part for the Kean rink at the Curling Centre on Friday, February 20th at 7:30 pm. Several items will be available by silent auction and the  club will be serving a spaghetti dinner (tickets are available for $10). All proceeds will go to the team to help with expenses on their travels to Calgary for the Brier.

Those in attendance will have a chance to have their photo taken with the team and the Tankard. The trophy is filled with names of past Ontario Champions and household names from the curling world such as Russ Howard, Glen Howard, Ed “The Hammer” Werenich, Wayne Middaugh and John Morris.  The Ontario Tankard Trophy has been awarded annually since the inception of the Brier in 1927.

Residents who wish to request tickets for the event can do so by sending an email to info@cornwallcurling.ca.

The trip to the Brier marks the next step in an already successful curling career for Camm. In addition to other feats, he won the Ontario Junior Men’s Championships as a skip in 2011 and came within a measure of winning the Canadian championships.