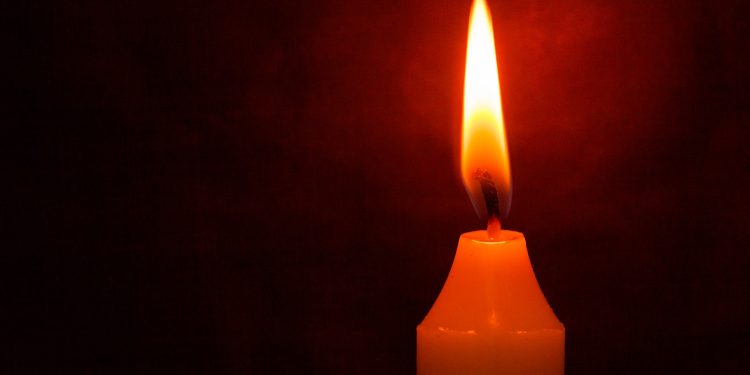 Early Saturday Morning, I was woken up by my 14 year old son.  He had been awoken by the loud sirens and lights of the 4 or 5 fire trucks who had taken over Second Street when a fire erupted in a fourplex on the corner of Adolphus, just houses away.

I opened the door and peeked.  I couldn’t see much, but I immediately said a prayer for John Earle and Alyssa Blais, whose house I knew to be in the close vicinity of where the activity appeared to be.  The cops wouldn’t let me walk to the scene.  I took a short video from afar, posted it on facebook, then went back to bed.

When I got up again, I saw John’s post stating it had been the neighbour’s house that had caught fire.  He even joked that Alyssa had baked cookies and made a pot of coffee for the firemen.  I couldn’t help but think what a close call this had been for them and how life can be so fragile.  I checked my fire alarms.

I didn’t know John Earle very well, even though he was briefly a contributor to this paper.  But the news of his death hit me like a brick.

I read Todd Lihou’s editorial and was in tears.  You only had to meet John Earle once to remember him forever.  I could see from the many posts that he touched many lives and was a friend to many.  Cornwall will miss him.

I do find it sad that news travel so fast nowadays, sad that dramatic events cannot be kept private longer, at least long enough for the families to hear the news from something other than facebook or twitter.  I hope his family didn’t learn about the tragic event that way.  We all mean well, but let’s respect their need for privacy.  Let us not tag, let us not post. Let us hold silent in memory of a true community man.

A little bit of Downtown Cornwall died with John. There is now a hole in the very fabric of this community, where his soul once shined. It is a hole that can’t be fixed, but that hopefully, in time, can be patched with memories of him.

Today, take time to live well, laugh often, love much, hug the ones you love and tell them they are loved and appreciated.  All we have is today.  Tomorrow is not guaranteed for any of us.