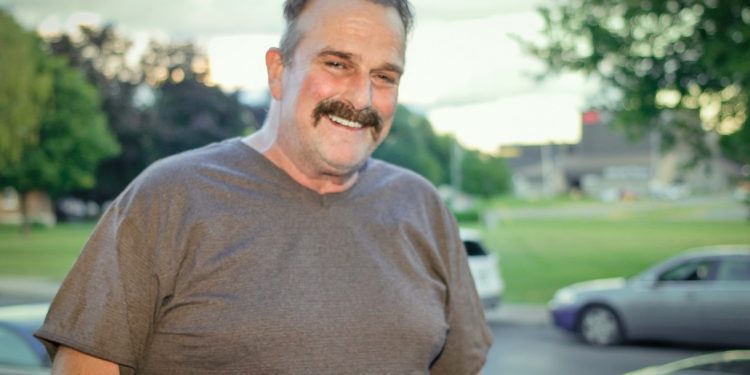 Cornwall Ontario — WWE Hall of Fame wrestler Jake “The Snake” Roberts is coming to La Maison as a part of his spoken word tour on Tuesday August 4th 2015. Opening the show for him is former WWE wrestler Hacksaw Jim Duggan.

Jake “The Snake” Roberts used physical force including his brutal DDT finishing move to win matches, but he also used psychology and fear bringing his pet python snake Damien to ring side to help throw his opponents off balance.

One of his biggest victories in the ring was at WrestleMania VII defeating Rick “The Model” Martel in a blindfold match.

Jake Roberts had memorable rivalries against Andre the Giant, the Million Dollar Man, and the Honky Tonk Man, and as a villain he had memorable bouts against the Macho Man and the Undertaker.

Jake the Snake faced the biggest and the baddest in the wrestling ring, from Andre the Giant to the Undertaker, but his great villain was his addition to drugs and alcohol.

In 2012, Roberts moved in with former wrestler Diamond Dallas Page, with the focus of getting clean, sober, and back in shape. Earlier this year a new documentary came out entitled he Resurrection of Jake the Snake Roberts, which chronicles Roberts road to sobriety and healthy living.

Here is Jason Setnyk’s interview with Jake the Snake Roberts:

1- Did your character of Jake the Snake make for a better hero or heel? What is your most rememberable match?

“Personally I prefer being a heel. You can go in any direction. When you’re a baby face or good guy you are limited and have to stick with your character. As a heel you can go any way you want. In regards to my favourite match, it is too difficult to say, there are too many. I’ve worked with a lot of great guys like (Ricky) Steamboat, (Ted) DiBiase, and Andre (the Giant). Probably the most rememberable moment was when the snake bit (the Macho Man Randy) Savage”.

2- How did the ‘snake’ become a part of your wrestling persona? Do you currently own any snakes?

“I don’t own any snakes. I don’t like snakes, I’m terrified of them. But if they pay enough, I guess I’ll do it. The name came about from Kenny Stabler of the Oakland Raiders who was nicknamed the snake. I thought it was a good idea. Most people are terrified of snakes, and Jake and Snake sort of rhyme”.

3 – What does Diamond Dallas Page mean to you?

“Diamond Dallas Page is the guy who saved my life. There was a time in my life where I didn’t see any hope of happiness. I was trying to die and I didn’t want any help. I was disgusted at what I had become. Drugs and alcohol are an ugly road. Diamond Dallas Page reached out when no one else would. It was a magical moment. At a time when I didn’t want help, he slivered in when I wasn’t expecting it. So I made the decision to try one last time. Where I was at, there were too many bad memories. It helps to change the things around you to change your life. He took me to his place. I went from Texas to Georgia, to a beautiful home, surrounded with positive energy. You got to surround yourself with the right people that will be supportive. I got my family back. I was a lousy father, but I’m a good grand father”.

4- What advice would you give to the many other people who also struggle with addition?

“My advice is to get help. Good help is hard to find. Try to get yourself in a good situation with positive reinforcement, with people who know what they are talking about. No one dreams of becoming an addict. You don’t decide to become an addict one day and get better the next. But it happens. Never give up. If you don’t succeed the first time, try again. If anyone at the show need to talk, I will talk. I want to reach out to as many people as I can with the positive message of sobriety. It’s a beautiful life, and you should enjoy it”.

5 – What can wrestling fans expect from your spoken word show?

“It’s going to be about everything. There will be a Q and A (question and answer) with fans and what they want to hear. There will be road stories, stories in the locker room, and lots of laughs and giggles. There will be serious moments too about drugs and addition. It will be a mixed bag. There are lots of stories after 40 years of being on the road. Like the one night the snake bit Andre the Giant. Andre said “I guess the snake was hungry”, and he giggled and laughed. I’m looking forward to visiting Cornwall and sharing some stories”.

Thank you for the interview Jake the Snake Roberts.

The promoter of this event is Mark Vincent, of Off Your Rocker, who brought Mick Foley to Cornwall last October.

“Anyone who followed the world of wrestling in the 80’s (and early 90s) will be excited. He’s an icon in pro wrestling, but he also has such an interesting story than even a non wrestling fan can enjoy it too. Having hacksaw Jim Duggan with Jake just makes this show epic! I’m excited for it”, said Mark Vincent.

See WWE legends Jake the Snake Roberts and Hacksaw Jim Duggan on Tuesday August 4th at La Maison for a spoken word event. Tickets are available now at La Maison and Floral Expressions. This event is 19+. Admission is $20 per ticket or $40 VIP that includes a meet and greet after the show. Doors open at 830pm.