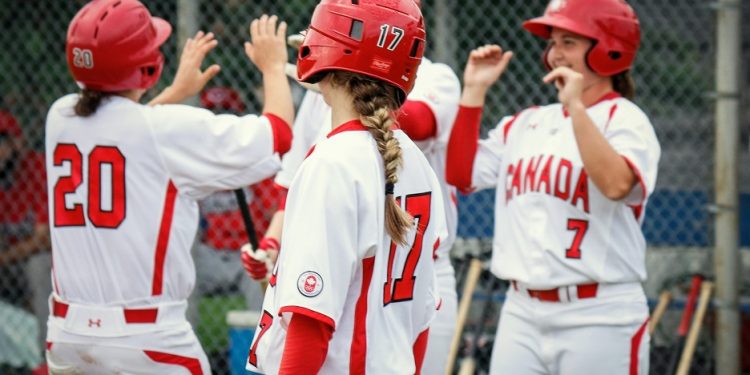 Ajax Ontario — This is the first time Women’s National Baseball is taking place at the PanAm games. Team Canada did not disappoint winning their preliminary round game against Cuba 13-1.

Canada exploded with eight runs in the sixth inning.

Cornwall’s own Jenna Flannigan, who plays right-field, contributed to Canada’s offence at bat. She had two runs, one hit, and three RBIs.

Flannigan, an athletic ambassador for Cornwall and women’s baseball, had carried the Pan Am torch at an Ottawa Championship Professional Baseball Game earlier this year.

Jenna Flannigan and Team Canada will be back on the diamond Tuesday against Venezuela in another preliminary round match.