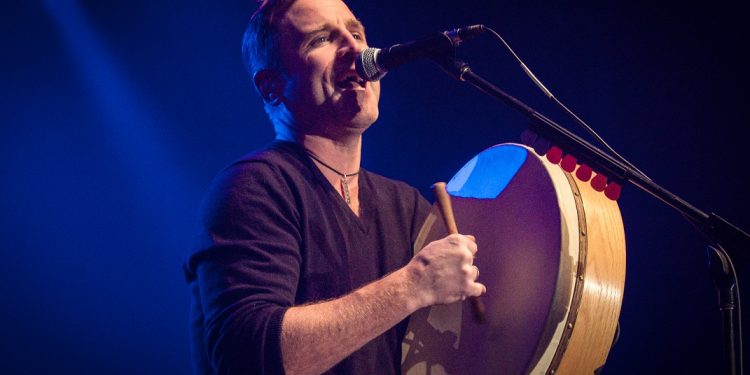 Cornwall Ontario — September 19th, 2015 will bring two accomplished songwriters, Sean McCann of Great Big Sea and Graham Greer of the Barstool Prophets, together in Cornwall’s beautiful Aultsville Theatre for an intimate evening of songs and the stories that surround them.

Séan McCann’s love for Newfoundland and Labrador folk songs shot him to international fame as a founding member of the renowned group Great Big Sea. After millions of albums sold, countless hit songs, and record breaking tours around the world, Séan realized that his 20 years with the band had to stop. Music is meant to connect, heal, and bring happiness. While Séan was giving that to thousands of people a night he was slowly losing his own way. Instead of seeking truth he was hiding behind his music. This was unfair to both himself and his fans so he left the band and started over.

In January 2014 Séan released his first post-GBS album. Produced by Joel Plaskett, “Help Your Self” is the sound of a man facing his demons and ultimately overcoming them. The songs helped him deal with his issues of addiction and abuse and showed him how to find strength in pain. It reminded him of the power of music which at one time would have been used to cast a Friday night spell over a sold out hockey arena on a Monday, but now finds him touring the country as a solo artist in intimate venues where he can sincerely connect with his audience in the way he always hoped to—face to face. Séan has also found himself using music as therapy, working with people who face physical, mental, and addiction challenges, and has become a sought after speaker trying to help others to help themselves find light through the darkness.

Séan’s journey to find his own peace, love, and happiness has continued through his new music. “You Know I Love You” (also produced by Joel Plaskett) is a joyous collection of songs sung by a man intent on sharing his joy directly with you…and with each song represented on the album and his website by vibrant original pieces of visual art by singer/songwriter Meaghan Smith, Séan is trying to find a balance somewhere between analog and Tinder in a world where the connection we all want can’t seem to keep up with technology.

While Cornwall resident Graham Greer is an award-winning songwriter (New York Songwriters Circle, Nashville Songwriters Association) with two solo records to his name so far (2003’s ‘Moonlight Graham-Palookaville’ and 2009’s self-titled release) he is arguably best-known as the energetic frontman/songwriter for the Canadian rock band Barstool Prophets. While winning over hordes of fans with their powerful live performances in the mid-90’s, their clever lyrics and relentless guitar-based songs permeated Canadian rock radio, Muchmusic and MTV in the United States via 2 releases while signed to Mercury Records in Canada and the USA – 1995’s ‘Crank’ and 1997’s ‘Last of the Big Game Hunters’. Charting singles from these records included Mankindman, Paranoia, Little Death, Last of the Big Game Hunters, Upsidedown, and their final single which went on to crack the pop charts, Friend of Mine.

Barstool Prophets officially disbanded in 1999, but they have recently reunited for select concerts celebrating the 20th Anniversary of the release of ‘Crank’ including a wonderful sold out show at the gorgeous new Shenkman Centre in Ottawa, ON in February of 2015. More theatre dates are in the works, but meanwhile the demand for Graham’s performances as a solo artist continue unabated as he shapes and crafts songs for a new solo project due for release in the spring of 2016.

Reserved seating tickets are on sale now for $25.00 plus applicable surcharges. Tickets are available in person at the Cornwall Civic Complex Box Office or by phone at 613-938-9400. You can also by tickets online:  www.admission.com (search ‘Sean McCann’). Tickets will also be available at the Aultsville Theatre box office one hour before show time (subject to availability)