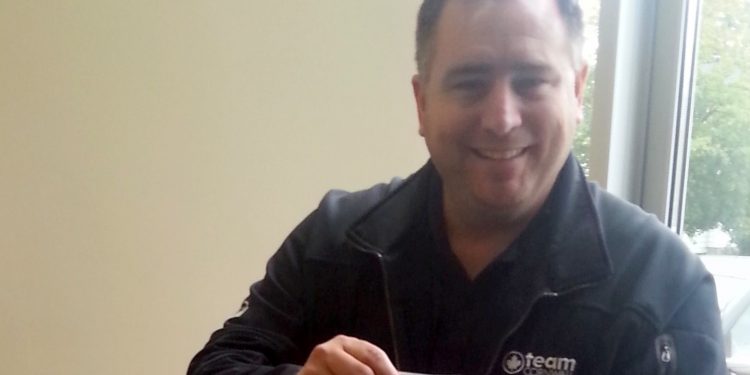 Cornwall Ontario — After selling tickets throughout the summer across SDG, the local United Way Trailer Raffle has a winner. This inaugural draw contributed just over $19,000 to the United Way of SD&G 2015 Community Campaign.

“This was a new endeavor for us this year”, said Lori Greer, United Way Executive Director. “We started selling tickets in June, participated at various events and fairs throughout SDG, the last one being the International Plowing Match in Finch. Congratulations to our winner, Mr. Bernie Carriere – we hope he enjoys his prize! And thank you to everyone who purchased a ticket”.

“I am so thankful for the support that our community showed for this initiative, allowing us to raise $19,000 toward our goal for this year’s campaign”, said Michael Galvin, 2015 Campaign Chair. “I also have to tip my hat to the volunteers who gave of their time at various events to sell the tickets. And of course, thank you to Irwin Supply and Farm Signs for their assistance along the way.”

David Murphy was on-hand to draw the winning ticket at the United Way office on September 28th along with members of United Way’s Board of Directors and Campaign Team.