by Editorial Board
in News and Announcements
Reading Time: 2 mins read
45 2 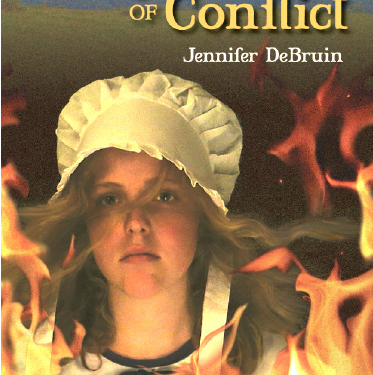 On Wednesday, November 7, 2015 from 7:00 – 8:00 pm, Author, Jennifer DeBruin will be launching her third novel, Daughter of Conflict, at the Cornwall Public Library.

A native of Cornwall, Ontario, DeBruin (nee: Lalonde) follows up her first two popular novels, A Walk with Mary (2012) and Shadows in the Tree (2013) with another heart-wrenching story inspired by true events.

Based on a famous attack known as the “1704 Raid on Deerfield,” American colonists were carried off to Canada, including Sarah Allen, who was taken to the shores of the mighty St. Lawrence River.
Daughter of Conflict Synopsis:
Isolated on the frontier of colonial Deerfield, Massachusetts, Sarah yearns to know what lies beyond the distant hills – beyond her strict Puritan life. What she does not know is that her family lies dangerously exposed to those with ambitions to rid the land of the English.

Lurking amidst the majestic beauty, which captivates her imagination, the French and their Native allies, await the opportunity to strike. With the enemy at hand, Sarah learns what lies beyond, but it is nothing as she
imagined or dreamed, for she awakens into a nightmare.

Riveting, complex and heartbreaking, the captive story is one of tragedy and triumph. As the battle for supremacy of the North American colonies raged over generations, people were swept up in its wake. Inspired by her own  ancestor’s experience, DeBruin explores the many complexities of life in ancient lands, and the result of the French and English claims to its riches.

The book launch event will feature a short presentation: Forged in the Flames of War: Captive Ancestors of North America – The truth behind the story, a book signing of DeBruin’s novels, and light refreshments. All are welcome.

Cornwall Colts play like superheroes in shootout win over Hawkesbury