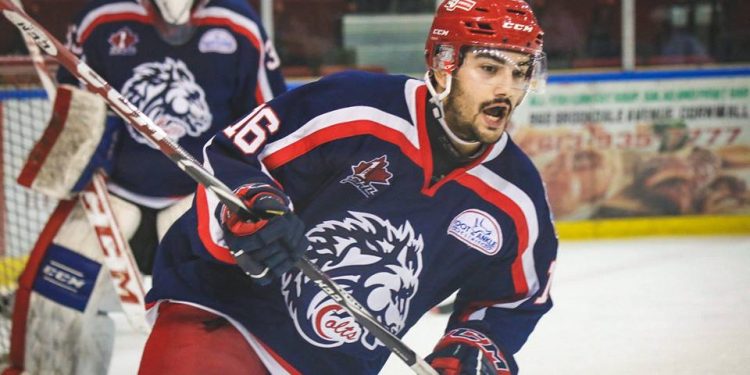 Lawson MacDonald (5) scored midway through the 2nd period to tie the game 1-1 after Cumberland scored in the first period.  The Grads scored the game winner with 3 minutes left in the 2nd period.

Cumberland outshot Cornwall 35-30 with James Edwardson getting tagged with the loss despite making 33 saves.

The Cornwall Toyota Hardest Working Colts Player of the Game was James Edwardson.

The Cornwall Colts next home game is Thursday, November 26th vs the Carleton Place Canadians for Teddy Bear Toss Night.  Fans are encouraged to bring a new or gently used stuffed toy to throw on the ice when the Cornwall Colts score their first goal of the game.  Game time is 7:30pm at the Ed Lumley Arena.

The Colts next road game is Friday in Carleton Place.  Game time is 7:45pm.