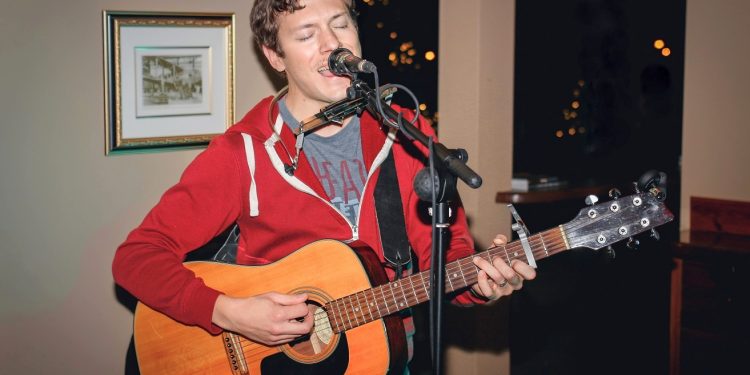 Cornwall Ontario — The Bard of Cornwall, Jesse Ferguson, performed in front of a full house at the quaint Jet Set Pub located in the Nav Centre on Friday night.

He performed a mix of classic rock tunes and folk favourites during his evening set. His melodic music was well received by those in attendance.

Jesse Ferguson, who was born in Cornwall Ontario, returned to his hometown just over a year and a half ago. He grew up in a musical family and learned his craft here.

He has lived and played music in other cities and provinces across Canada such as Ottawa Ontario, Fredericton New Brunswick, and Sydney Nova Scotia.

He also has over 4 million views on his Youtube page.

Jesse Ferguson returns to the Jet Set Pub at the Nav Centre on Friday January 8th.