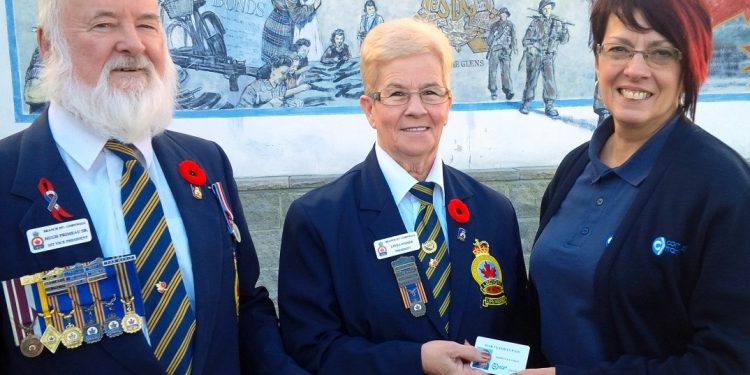 Cornwall Ontario — An initiative by Cornwall Transit to provide free, unlimited lifetime transit service to local Veterans has been well-received since its initiation.

A lifetime War Veteran Transit Pass Program was launched in 2012 initiated by Jason Setnyk who was Chair of the Transit Committee. At the present time, a total of 95 Veterans are registered. On average, 14 Veterans take advantage of the service and ride Cornwall Transit on a daily basis.

The free lifetime bus pass is open to Canadians and Allied Veterans in Cornwall who participated in active service during World War II, the Korean, Afghanistan and Vietnam Wars or served as Peacekeepers in areas of conflict.

“We introduced this program as a gesture of respect and acknowledgement of the sacrifice and commitment made by Veterans to our community and country,” said Transit Manager Len Tapp. “We are thrilled that so many of our Veterans have taken advantage of this service. It’s our privilege to have them on board.”

“We are pleased to be a partner with Cornwall Transit on this unique initiative,” said Linda Fisher, Legion Branch 297 President. “There has been great interest in the program since its inception and we hope to see that continue.”

Veterans who are interested in registering for the program are asked to contact Mr. Ken Heagle at the Legion at (613) 933-2362 for additional information. Application forms can also be picked up at the Legion office at Second and Cumberland Streets.