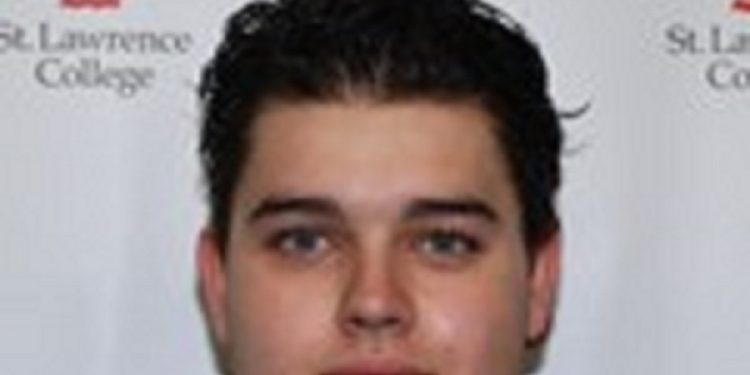 Cornwall Ontario — The SLC-Cornwall Sharks men’s hockey team improved their record to 8-0-1, after winning the Silver medal at the Sheridan College Invitational on Tuesday November 10th, falling in a shootout to the Humber College Hawks in the Championship game.

The season could not have had a better start for the Sharks men’s hockey team, going a perfect 5-0 at the George Brown College Invitational, outscoring their opponents 21-6, and defeating their SLC campus rival, the SLC Schooners in the Championship game. The early season success pushed the Sharks to the top of the Challenge Cup Power Rankings, the Provincial rankings that determines which teams qualify for the year-end championship.

Mat Gregoire scored both goals for the Sharks, giving him 13 on the season.

“It was another gutsy effort by our guys. We showed great resilience coming back from 2-0 deficit late in the game against a very strong Humber team” said Sharks coach, Sean Boulerice.

“The boys are playing defence first. If we stick to that, we have enough scoring power that will find some holes, get some chance and capitalize them.”
Regarding the tremendous start to the season and looking ahead, Boulerice confirmed that it won’t come easy.

“Starting the year 8-0-1 without a regulation loss is quite an achievement. We want them to enjoy their break and come back with the same determination next semester. We will have to continue with the same effort because everyone comes ready to play against us. We’ve earned every point that we’ve got and things won’t get any easier down the road. If we come back next semester with the same approach both on and off the ice it should be a very enjoyable ride.”

The 8-0-1 Sharks will now enjoy a break from the action, and are back on the ice for the SLC Schooners Invitational from January 14-15, held at the Brockville Memorial Centre.