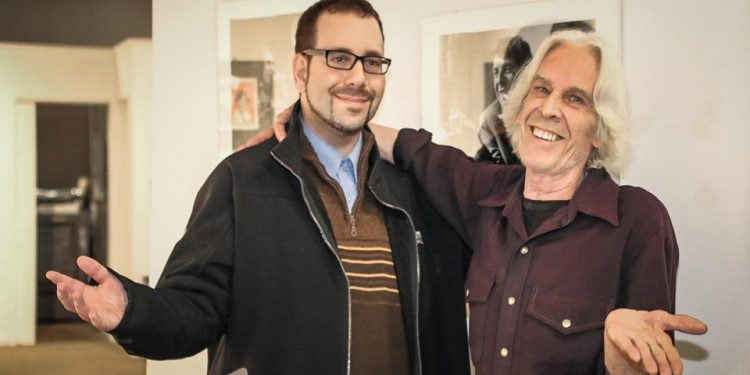 Cornwall Ontario — Another year has come and (is almost) gone and Jason Setnyk has been hard at work covering news stories for The Cornwall Seeker Newspaper. From a Federal Election, to live concerts, to sporting events, and more – The Seeker was there to cover it. From Ryan Gosling plugging Cornwall on Saturday Night Live, to WormGate, to the resignation of City Councillor Brock Frost and the return of Denis Carr, to Rodney Rivette’s $25,000 shot, to the cancellation of this years Lift-off and Winterfest, to local musician Nathan Da Silva opening up for Kayne West at the PanAm Games, to Emily Vallance becoming an international kickboxing champion in Spain, it was certainly a year to remember.

Here are Jason Setnyk’s Top 15 favourite stories he covered in 2015:

3 – Interview with Hollywood Actor Steve Coulter – Steve Coulter recently appeared in Season 5 of AMC’s the Walking Dead. He has appeared in many movies including The Hunger Games, Furious 7, Insidious: Chapter 2 and Chapter 3, the Conjuring, and in Anchorman 2. He is scheduled to appear at the next Cornwall and Area Pop Event. The second annual CAPE takes place on April 23rd and April 24th 2016 at the Benson Centre. Read Jason Setnyk’s interview with Steve Coulter here: http://theseeker.ca/five-questions-with-walking-dead-actor-steve-coulter-guest-celebrity-at-cape-2016/15123/

4 – Interview with WWE Hall of Fame wrestler Jake the Snake Roberts – WWE Hall of Fame wrestler Jake “The Snake” Roberts visited La Maison as a part of his spoken word tour on August 4th. Opening the show for him was former WWE wrestler Hacksaw Jim Duggan. aka Roberts had memorable rivalries against Andre the Giant, the Million Dollar Man, and the Honky Tonk Man, and as a villain he had memorable bouts against the Macho Man and the Undertaker. However his great rival was his addiction to drugs and alcohol. In 2012, with the help of Diamond Dallas Page, he got on the road of recovery. Read Jason Setnyk’s interview with Jake the Snake here: http://theseeker.ca/interview-with-wwe-wrestler-jake-the-snake-roberts/14191/

6 -Trudeau Election Victory – From election night coverage, to my interviews with local candidates in SDSG, to interesting editorials, the 2015 Federal Election was a culmination of fantastic and in-depth articles. On October 19th Trudeau won a majority government, and locally incumbent Conservative MP Guy Lauzon kept his seat. Trudeau visited SDSG the day before the election officially began with an unannounced visit to the Highland Games. The election brought me nostalgia, because I interviewed Trudeau during his 2013 visit to Cornwall. Read more about the election at: http://theseeker.ca/lauzon-keeps-his-seat-but-harper-and-the-conservatives-lose-to-trudeaumania/15158/

7 – Legendary Music Photographer Barrie Wentzell visits TAG – Legendary Music Photographer Barrie Wentzell was at TAG on Friday December 11th and Saturday December 12th. Barrie Wentzell was the official photographer for Melody Maker magazine in Swinging London from 1965 to 1975. He photographed music legends such as John Lennon, Bob Dylan, Jimi Hendrix, Johnny Cash, Frank Zappa, and many others. People in attendance, including City Councillor Mark A MacDonald enjoyed incredible photos of music legends, and heard awesome stories from the guy behind the lens. See more at: http://theseeker.ca/legendary-music-photographer-barrie-wentzell-set-to-visit-tag/15623/

8 – Interview with Hollywood Actor and Comedian Darren Frost – Darren Frost and Kenny Robinson made a stop in Cornwall at La Maison on Friday June 19th. Darren Frost was in the Hollywood blockbuster Hairspray with John Travolta, Michelle Pfeiffer, and Christopher Walken. Darren Frost also has many movies to his credit including Assault On Precinct 13 with Ethan Hawke, Fever Pitch featuring Drew Barrymore and Jimmy Fallon, and Don’t Say A Word with Michael Douglas. Read Jason Setnyk’s interview with Darren Frost here – http://theseeker.ca/rank-and-vile-stand-up-show-with-darren-frost-and-kenny-robinson/13851/

9 – Interview with Star Trek and Buffy the Vampire Actress Noelle Hannibal – The Seeker was the first to cover a Star Trek actress beaming into Cornwall to help celebrate the 50th Anniversary of Gene Roddenberry’s iconic science fiction franchise at the next Cornwall and Area Pop Event. The second annual CAPE takes place on April 23rd and 24th 2016 at the Benson Centre. Noelle Hannibal appeared in the film “Star Trek First Contact”. She also appeared in the television series “Star Trek: Voyager” and in the television show “Buffy The Vampire Slayer”. Read Jason Setnyk’s interview with Noelle Hannibal here – http://theseeker.ca/interview-with-star-trek-and-buffy-the-vampire-actress-noelle-hannibal/14448/

11 – Interview with Amber Dawn Fox of the Walking Dead at CAPE – Amber Dawn Fox has appeared in TV shows like The Vampire Diaries, The Originals, Nashville, and Under The Dome. She also also appeared in movies like Dear John and Dumb and Dumber To. Most recently she has starred as Officer Bello in Season 5 of the Walking Dead. She was a guest at the first ever Cornwall & Area Pop Event. Read Jason Setnyk’s interview with Amber Dawn Fox here – http://theseeker.ca/interview-with-amber-dawn-fox-of-the-walking-dead-at-cape/13651/

12 – Canada’s nastiest political cartoonist Aislin visits Cornwall – Terry Mosher, known by his pen name Aislin, has been a political cartoonist for the Montreal Gazette since 1972 and he is still published in that newspaper today. He visited The Art Gallery in Cornwall in preparation for an exhibit that took place from September 13, 2015 to October 8, 2015. Read Jason Setnyk’s interview with Aislin here – http://theseeker.ca/canadas-nastiest-political-cartoonist-aislin-visits-cornwall/14148/

13 – Legendary heavy metal band Anvil rocked the Port Theatre – It was a night of nostalgia for fans of heavy metal when Anvil played their first ever Cornwall concert on Saturday May 1st at the Port Theatre. The Toronto band, which has released 15 studio albums, formed in 1978 and their number one hit song “Metal on Metal” came out in 1982. Band members Steve Kudlow and Robb Reiner appeared on an episode of the TV show Sons of Anarchy. The bands music has also been heard on the television show The Simpsons, movies like the Green Hornet and Final Destination, and on video games like Grand Theft Auto and Rock Band. Read more here – http://theseeker.ca/legendary-heavy-metal-band-anvil-rocked-the-port-theatre/13682/

14 – Interview with WWE Hall of Fame Wrestler Road Warrior Animal – What a rush! Road Warrior Animal (aka Joseph Michael Laurinaitis) was in Cornwall on October 24th for the Mecca Pro Wrestling event. The WWE Hall of Fame wrestler and former Tag Team Champion signed autographs and took photos with fans. The Legion of Doom, perhaps the most dominant tag team in sports-entertainment history, are the only duo to hold the WWE, NWA, and AWA Tag Team Titles. Read Jason Setnyk’s interview with Animal here: http://theseeker.ca/five-questions-with-wwe-hall-of-fame-wrestler-road-warrior-animal/14636/

From Coticon, to FoodFest, to Ribfest, to PoutineFest, to Waterfest, to Beerfest, to WWE wrestler Rhyno in action, to concerts like Juno Award winning band MonkeyJunk, also The Elwins, The Lovelocks, JW Jones, Les Deuxluxes, The Small Glories and Bowser and Blue – there was a lot to see and do. Kevin Rivette even sang O Canada at a Cornwall Colts game and is making waves in Quebec performing there.

Through Team Cornwall’s Year in Review, The Lions Club Sports Dinner, and the Seeker Awards, many awesome people, businesses, and events received acknowledgment and recognition this year.

“2015 was a fantastic year, and I’m looking forward to a great 2016! Thank you for reading The Cornwall Seeker Newspaper”, said Jason Setnyk.

In memoriam for 2015: Artist and Entrepreneur John Earle, long time Kinsmen Club member and volunteer Walter Wheeler, Max Keeping (although not from Cornwall contributed a lot to our community with the local chapter of the Max Keeping Foundation), sports volunteer Cameron Savard, Alex the Warrior, and many others. You will all be dearly missed, but your spirit lives on in our memories. Thank you for making our community a better place.