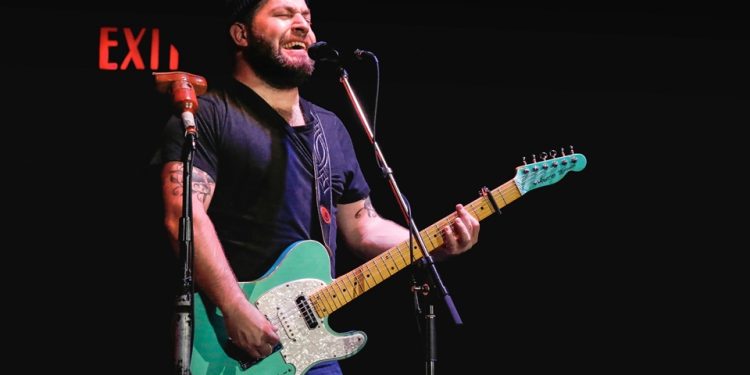 Cornwall Ontario – The Juno award-winning blues/swamp-rock trio MonkeyJunk are set to rock Cornwall’s The Port Theatre on Friday, December 4th. The group won the 2011 Juno Award for Blues Album of the Year for their record, To Behold. They are currently on tour in support of their fourth full-length album, Moon Turn Red, which was released in September via Stony Plain Records. Moon Turn Red was produced by Blue Rodeo’s Colin Cripps, and also features some guest guitar from David Wilcox.

MonkeyJunk, hailing from Ottawa, formed in 2008, and boasted some unique sonic elements that garnered attention. Steve Marriner, vocalist and harmonica player, chose to play the baritone guitar instead of the more traditional bass guitar heard in blues music. Over the years, MonkeyJunk have evolved, now incorporating elements of roots, funk and soul into their music, while maintaining blues as their core sound. They are often compared to artists such as Stevie Ray Vaughan, Derek Trucks Band, The Black Keys, and Muddy Waters.

MonkeyJunk consist of members Steve Marriner, Matt Sobb, and Tony D and are signed to Stony Plain Records. Their music is available in stores or on all digital music retailers and streaming services. They play The Port Theatre on Friday, December 4th at 7pm. Tickets are available for $15 at Cornwall Square Lottery Kiosk, St. Lawrence Appliance and Melody Music. Tickets will be $20 and available at the Port Theatre box office on the day of the event. This is an all ages event which features a licensed 19+ bar.