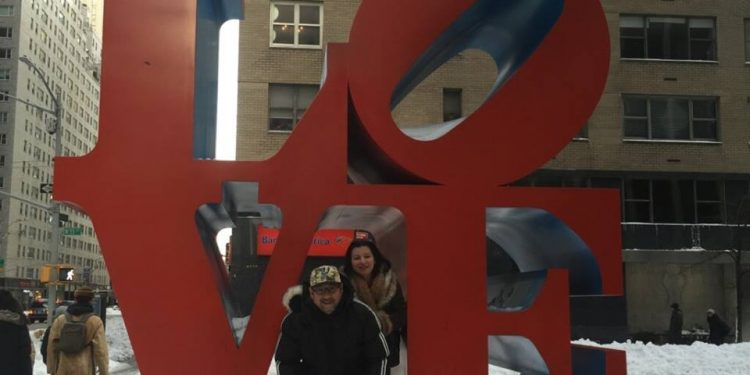 Last Saturday was my anniversary.

10 years of marriage. Not a small thing, a BIG milestone.

For the first time ever, we traveled by ourselves, without the kids. Yes, you read that right. John and I had never been on a trip just the two of us, together. Not even for a honeymoon.

So after 10 years, we were overdue.

It was a complete disaster.  From the car breaking down in front of our New York City hotel, to being caught in the storm of the century, from our Broadway play being cancelled to our anniversary dinner plans being shut out because every restaurant in town closed down, from the very beginning to the very end, everything went wrong. And you know what? I loved every minute of it!

Whereas many people would have let the incidents and inconveniences ruin their celebration, John and I embraced them and looked at them as being the cause of why this trip is now so memorable.

We will always remember our tie rod snapping as we pulled in front of the Westgate hotel on 35th Avenue. The loud snapping sound—“What was that!?!?”– the wheel not turning, the stress of being stuck in one of the busiest cities in the world, a city where they tow your car every chance they get, and having to figure out how to get out of that jam, intact, not flat broke.

We will always cherish the time we spent walking in the empty Streets of Manhattan as police enforced a travel ban for close to 24 hours. Yes, that’s how BIG this storm was. Just to put things into perspective, the biggest snow fall Montreal has ever received was in the area of 18-19 inches. New York received 26.5 inches in less than 24 hours. Time Square was simply magnificent! No, magical! Pedestrians took over the streets, walking, as the fluffy white snow gently fell from the skies. Some build snowmen, others had snow ball fights.

In the end, we got to stay an extra day, saw something that very few can claim to have seen, visited a museum and saw art work from Van Gogh, Picasso, Magritte, Monet and more, snapped plenty of memorable pictures, got to see a Broadway musical, walked a snow covered Central Park and eventually had our anniversary dinner at the Bubba Gump Shrimp Co. It was perfect.

Truly, all you need is love.

A chicken supper all in one pot