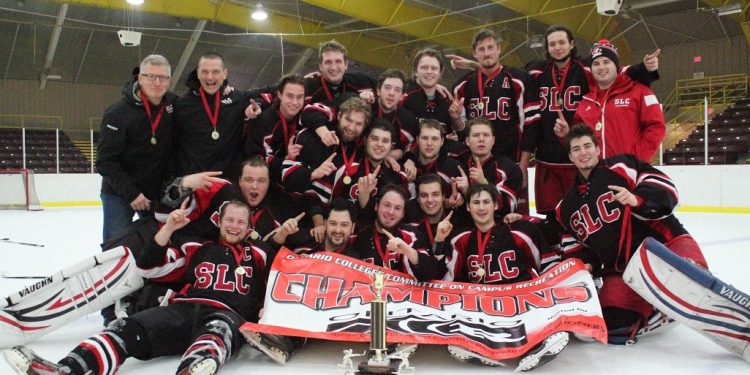 The SLC Sharks Cornwall team didn’t waste anytime getting the scoring started with Jesse Fontaine snipping the top corner just one minute into the game. Right after the goal, both teams took a more passive approach to the game, as they started to show some fatigue by playing their sixth game within two days.

Kurtis Mainse would find himself all alone in-front of the Sharks net and made no mistake in tying the game for the Schooners at the seven-minute mark of the second period. Once the game was tied, the teams opened up the ice and began skating hard and taking risks to try and break the deadlock.

The game was still tied until Christian Leger sent an innocent shot on net that handcuffed the Schooners goalie with just three-minutes remaining in the game.

SLC-Brockville brought lots of pressure in the dying minutes but Justin Rutley would score on the empty net with seven seconds left that sealed the victory for the Sharks.

“This was a really important performance for our club” said Sharks coaches Sean Boulerice and Mike Pettinella.

“This tournament is very hard to win. It’s right after the holiday break and the teams are keen to get the new year started with a strong performance” said Pettinella.

The Sharks now have an impressive 13-1-1 record and are back on the ice February 5th at the Conestoga College Invitational in Kitchener Ontario.