by Khyle
in News and Announcements
Reading Time: 1 min read
115 4 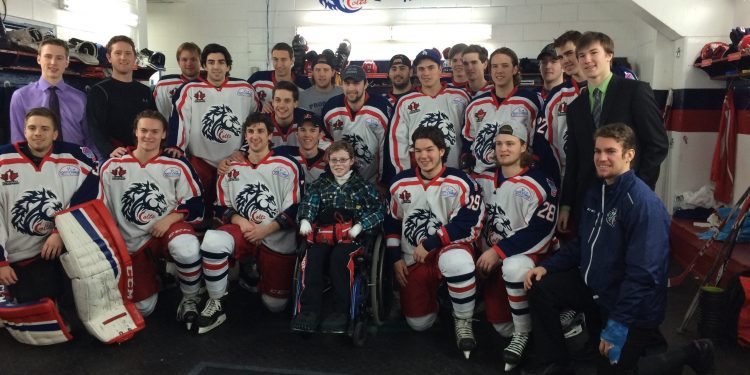 Cornwall–Three goals in the first half of the 3rd period proved too much for the home team as the Colts lost 5-3 to Hawkesbury on Jonathan Pitre, Butterfly Child Game Day.

The Cornwall Toyota Hardest Working Colt Player of the Game was Parker Krol.
Jonathan Pitre stole the show in the pre-game ceremony. The Butterfly Child was welcomed into the Colts family with an autographed team jersey, along with personalized autographed memorabilia from former Ottawa Senator Jesse Winchester. The Senators are Jonathan’s favourite team.
A cheque for $5,000 was presented to Jonathan and DEBRA Canada with the money raisedcoming from the sale of special DEBRA bracelets.
The Colts look to keep their playoff hopes alive when they host the Brockville Braves thisThursday at the Ed Lumley Arena. Game time is 7:30pm for Holy Trinity High School Night.

The key to enjoying Valentine's Day.