by Khyle
in News and Announcements
Reading Time: 2 mins read
53 1 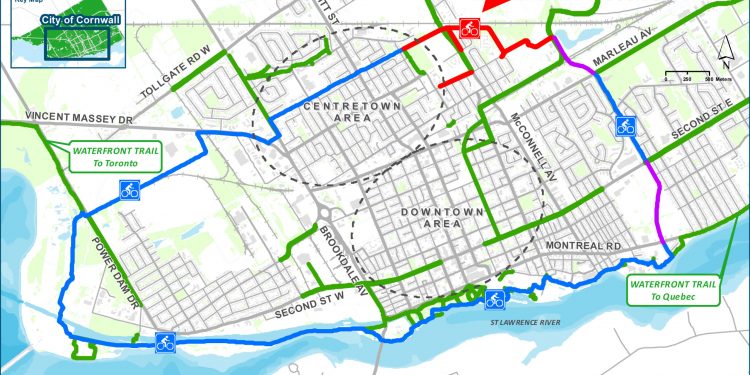 The City of Cornwall has secured $325,000 in provincial funding to help extend and connect the popular off-road recreational path in the northeast part of the City.

The City made a successful application to the Ontario Municipal Cycling Infrastructure Program (OMCIP) for funding to assist with a two-year, $700,000 project to extend the recreational path by 2.4 kilometres.

The plan is to extend the current portion of the path near Optimist Park east underneath the McConnell Avenue overpass then southeast to Twelfth Street and east to Virginia Drive.

“This would have the effect of creating a near continuous ‘urban loop’ of the off-road recreational path,” said Steve Wintle, Division Manager, Infrastructure Planning.

The final details for the project are being completed now and work is expected to begin this summer and be finalized in the summer of 2017.

“Our recreational path is an extremely popular amenity and these improvements will make it even more accessible to residents and visitors,” said John St. Marseille, General Manager, Infrastructure and Municipal Works.

“The support of these community-minded organizations helped to ensure that our application was successful,” said Mr. St. Marseille.

The ‘urban loop’ project is a key part of the City’s Bicycle and Pedestrian Master Plan, a document which outlines various infrastructure improvements to make Cornwall a more cyclist and pedestrian-friendly City.